Getting Up To Speed With VFL Life 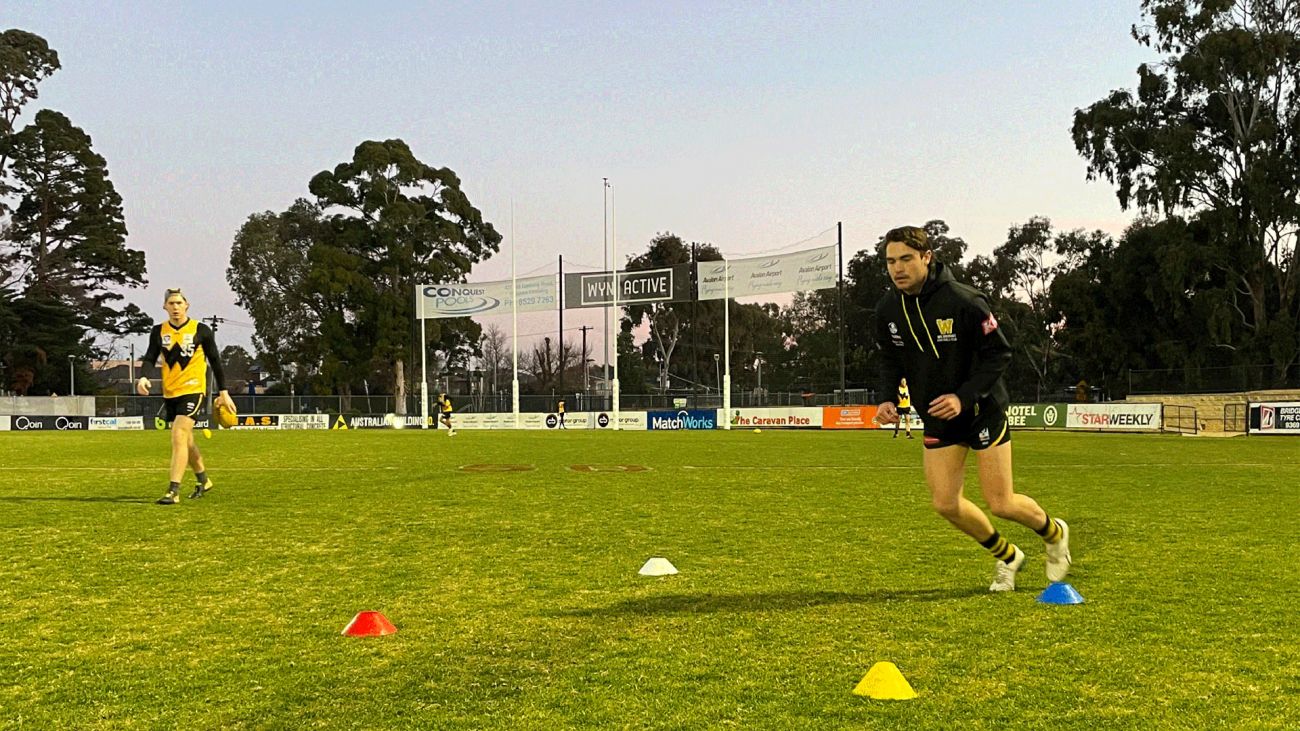 Each year the Werribee Football Club welcomes a new crop of young men, most of them joining us straight out of the NAB League or after relocating from the country for a crack at state-league footy.

New stipulation that VFL clubs must field six players under the age of 22 each week also means that lists, now more than ever, are likely to include a great number of players that fit that age bracket.

With more than one-third of the Werribee playing list for 2021 made up of personnel 22 and under the club has introduced a player development program for predominately its first to third year players.

The program is designed to bring players up to speed with life at VFL level from a preparation and performance viewpoint while also support individuals with endeavours outside of football.

Football Development Manager Hamish MacInnes said whether players are with Werribee for one season or the majority of their football careers it was important that the club support them both on and off the field.

“It’s providing our younger players with all the learning and understanding to help them not just in their football preparation and performance preparation but also to be able to go away and create good personal habits, mental health strategies and professional habits,” he said.

Development program sessions have taken place both at the club and over zoom this season and have included on-field craft sessions, education in strength and conditioning and nutrition, along with personal and professional development workshops.

“Essentially, we’re aiming to provide our younger players with really good support networks in terms of upskilling them with everything from their on-field craft to recovery, strength and conditioning and nutrition for on-field performance while also focusing on their personal and professional development whether that be work or university," MacInnes said.

"In setting up this program we're hopefully giving them the best opportunities to be the best footballers they can be at this level and hopefully beyond that, as well as providing them with an opportunity to leave our program a better equipped person than when they came in.”

MacInnes said the program tried to mimic those that are provided by AFL clubs across the country.

“You see it at the elite level where clubs want to provide more resources for your younger players to really give them the best opportunity to excel,” he said.

“If you look at the senior players on our list like Sodomaco, Gribble, Hanson and those guys, they know what there are doing and it’s low maintenance with them, we can trust that the time they have away from the club they are doing everything that they need to get themselves ready to play.

“Even in the case of someone like Jake Ricardi who entered the AFL from Werribee and who potentially goes on to have a really successful AFL career, it eventually comes to an end and when it does you’ve got the rest of your life ahead of you."

With the club having quality resources at its disposal in terms of fulltime, part-time and volunteer staff, MacInnes said the program also sets Werribee apart from others at the second-tier level.

“We have an incredible group of volunteers and staff in the football department who have a huge amount of experience and knowledge in all areas so it’s important to utilise what we have to offer,” he said.

“And with the time these guys commit to the club we look at it from the point that we owe these players something.

"Other people their age who are at uni have got time to go out and do internships in their field, but these guys commit their extra time to the club so the least we can do is give back with a platform to help them develop as players and as people.”