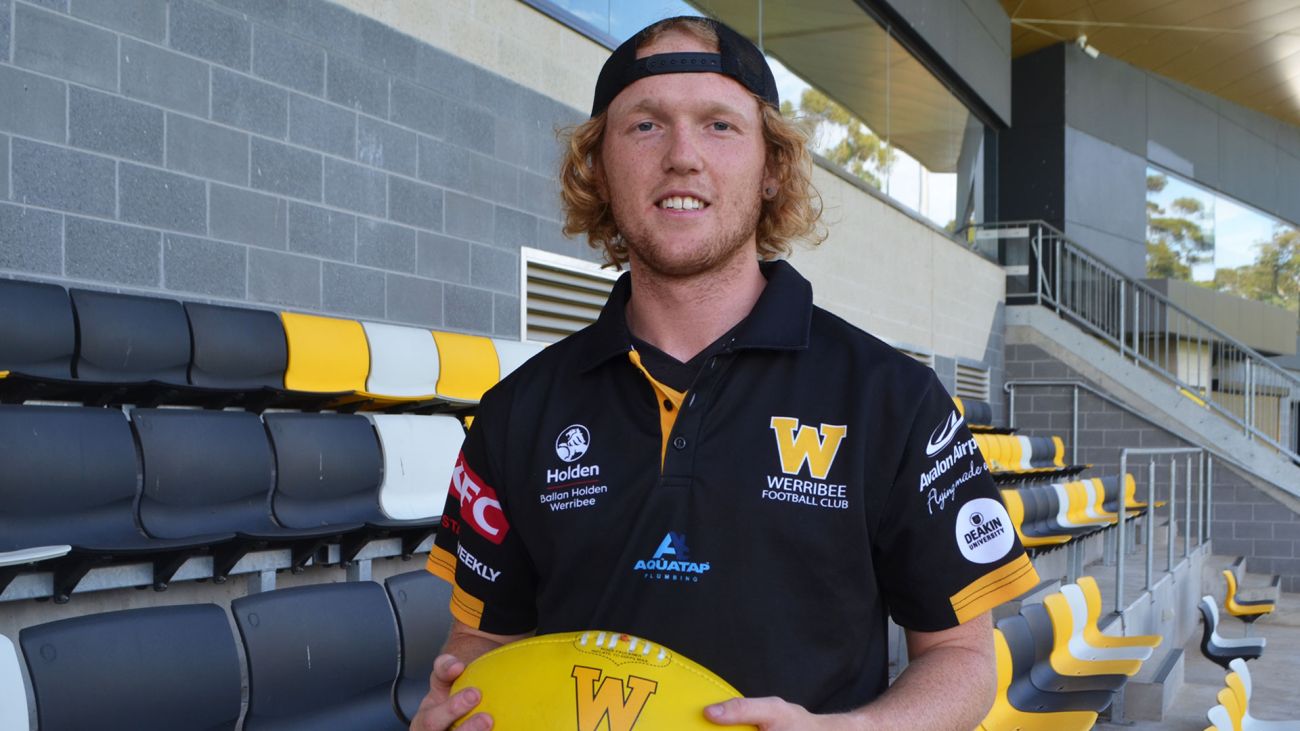 The 21-year-old is the is first interstate signing ahead of the 2022 season and arrives at the club with an exciting mix of athleticism and skill.

After touching down in Melbourne on Sunday, Jackson joined his new teammates for the first time on Monday and said he is looking forward to testing himself at a higher level.

“I played Tassie footy for a while and just wanted a new challenge,” he said.

“I’ve played with some blokes that have played in the VFL and they’ve come back home and definitely been quality players, and coming here to Werribee it’s a pretty professional environment.

“I’m coming off a fractured collarbone which I injured before (TSL) finals but it’s all good now and preseason is going to be building confidence again to go full bore.”

With the club finding success with Tasmania recruits in the past Werribee football manager Mark Micallef hopes that can be emulated with Jackson.

“Ethan is a strong bodied and versatile forward/mid who can take a really good mark overhead and is really good in and around the stoppages,” he said.

“He finished high up in the Tasmanian League best and fairest award despite missing the end of the season with a shoulder injury, but we’re really excited to see how he goes in the VFL.

“(Recruiter) Mark Stone has done a really great job identifying Ethan and we were lucky enough to beat some other VFL clubs to attain his services.

“We’ve been able to get some really good Tasmanian talent to Werribee in the past with Ben Brown, Brody Mihocek and Matt Hanson and we hope that continues with Ethan.”