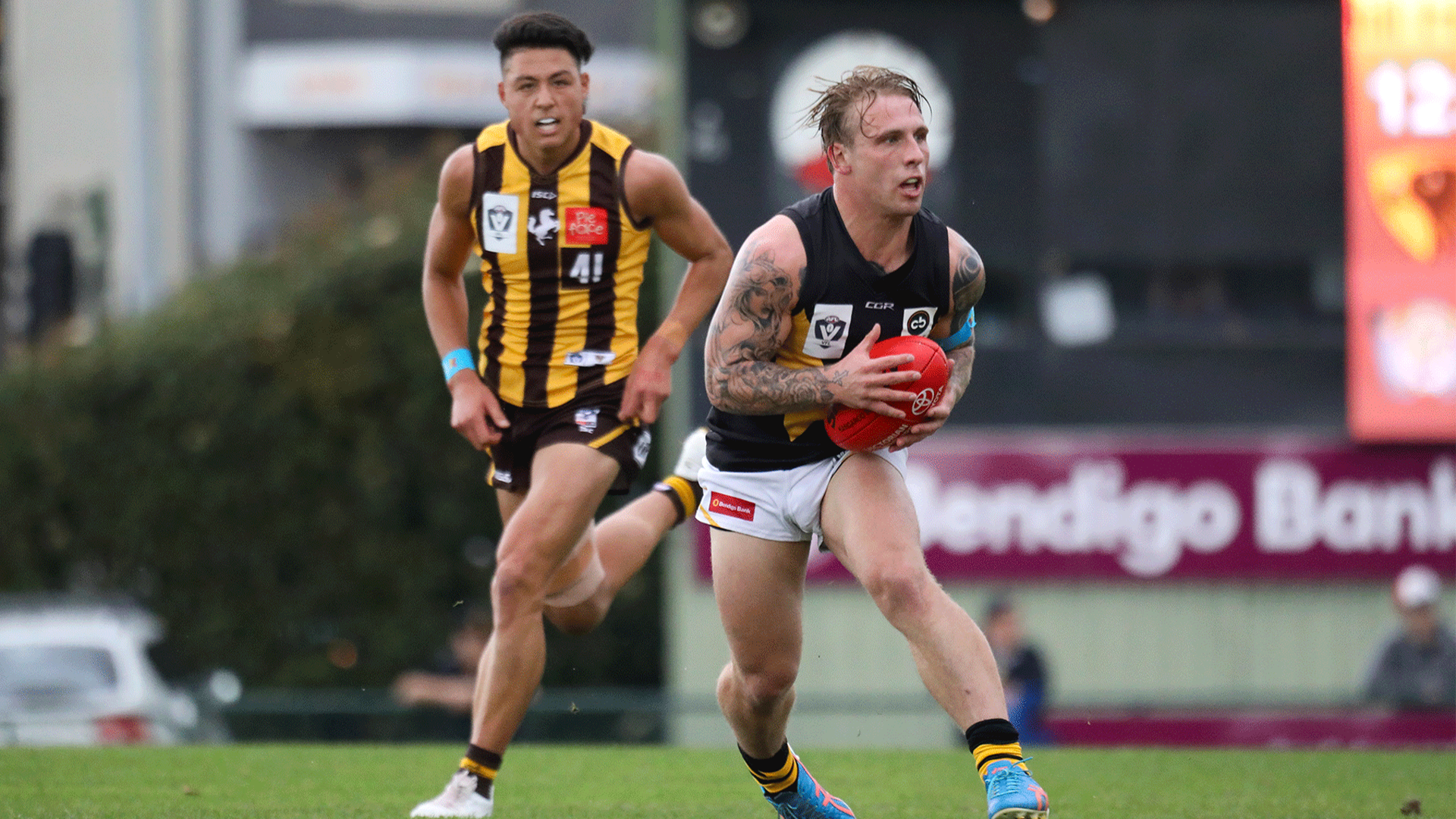 The Werribee Football Club answered a call to help VFL rivals field sides over the weekend after AFL clubs from Sydney and Queensland were forced to relocate to Victoria due to COVID outbreaks and travel restrictions.

With the Swans, Giants, Lions and Suns not having access to their usual pool of top-up players, a loan system was introduced and with Werribee having a bye several Big W players took up the opportunity to run out for a couple of opposition clubs in round 13.

Aiden Domic, Archi Manton and Logan Wagener all suited up for the Gold Coast on Saturday before Tom Body, Darcy Chirgwin, Nathan Cooper and Tylar Watts joined Sydney on Sunday.

“The boys enjoyed the opportunity and all thought it was really good to play with AFL-listed players and personally just see where they are at from a VFL perspective,” he said.

“It also offered us as coaches and match committee members a chance to gain some good insights. We had football staff at both games and we also received really good feedback from both Sydney and the Gold Coast on how the boys performed.”

Despite Gold Coast being well-beaten at Box Hill the trio of Domic, Manton and Wagener all made contributions with Wagener named among the best for the Suns.

“Logan Wagener played as an inside-mid for Gold Coast and displayed his ability to win the ball and his in and under capabilities,” Micallef said.

“Archi Manton played up forward and was able to take some strong marks on the lead while Aiden Domic played on a wing, lining up on AFL-listed talent which was really good exposure and development for him.”

The four who played with Sydney did so on familiar soil with the match between the Swans and Frankston taking place at Werribee with the Dolphins victorious by 28 points.

“For Sydney, Tylar Watts played in the ruck and as a key forward, he competed extremely well, not only in the air as he displayed some good movement at ground level too and also kicked a nice goal,” Micallef said.

“Darcy Chirgwin played as a high half-forward and looked to push up into the midfield. He showed really good work rate and the ability to get it on the outside being involved in a quite a few chains of play.

“Nathan Cooper played his usual role as a key defender where his ability to shut-down his direct opponent was a highlight, and Tom Boyd played as a third tall defender where his intercept ability and athleticism at ground level were features of his game.”