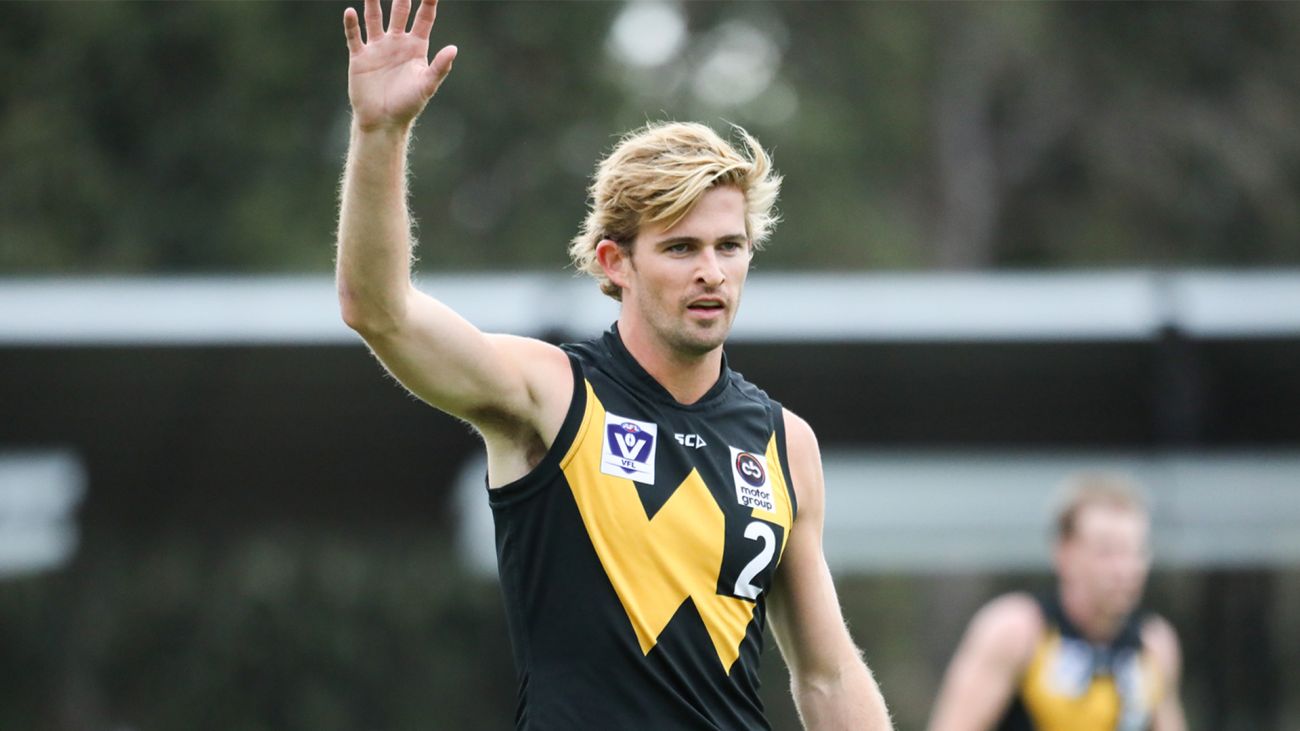 Werribee has suffered its first loss at home since May going down to Footscray by 26 points at Avalon Airport Oval in Round 19.

A four goal to one opening term saw Werribee lead by 18 points at the first break but it was the visitors that controlled the match for the  final three quarters kicking 11 of the last 16 goals to retain the HealthWest Cup.

Werribee's Hudson Garoni was the standout forward on the ground booting five goals with the hosts also well served by Kye Declase, playing in his 50th game for the club, and leaders Dom Brew and Nick Coughlan.

HOW IT HAPPENED
It took little more than a minute for Werribee to kick the first goal of the game with Kye Declase in his 50th match for the club, converting on the run from just inside 50. Things only got better from there with back-to-back Hudson Garoni goals seeing Werribee out to a 19-point lead at the 16-minute mark. Footscray registered their only goal of the term 21 minutes in before Declase provided a swift reply with his second. Werribee was efficient in attack adding its 4.1 from seven inside 50 entries while in defence the hosts conceded just two scores from a total of 15 entries by the Bulldogs. Having already entered the clash without a host of key players Werribee lost a rotation with a first quarter ankle injury to Darcy Cassar.

The lead changed several times in the second term. Like Werribee had done in the opening stanza, Footscray had the first four scoring shots of the quarter with their third goal putting them ahead for the first time 12 minutes in. Hudson Garoni twice restored the lead for Werribee, with the key forward initially doing so at the 17-minute mark and then on a second occasion after 25 minutes. However, the hosts went into half-time three points down after conceding a late goal. Dom Brew, Nick Coughlan and Jack Henderson were all prominent for Werribee across the first two quarters with the trio gathering 14 disposals apiece in the opening half.

Footscray dominated the early exchanges of the third quarter but their inability to convert, kicking 1.6 in the first 18 minutes, meant Werribee remained within striking distance. With Dom Brew continuing to toil away in midfield and Ollie Hanrahan working his way into the game Werribee was able to ease the pressure on its defence by enjoying a good period of possession in the back end of the term. And the hosts were finally rewarded late on with the margin reduced to seven points as Garoni bagged his fifth of the afternoon two minutes out from the three-quarter time siren.

Having lacked tall forward options with Josh Porter and Nick Hayes out of the side, Coughlan started the final quarter in attack. The move proved a good one too when he produced Werribee’s first major 12 minutes into the last after the Bulldogs had goaled five minutes earlier. Unfortunately for Werribee it was the Bulldogs with the next couple of crucial scores as the hosts fell 20 points behind following consecutive goals to the opposition. Tom Gribble reduced the deficit to 15 points with seven minutes left on the clock but that’s as close as Werribee got as the Bulldogs added two late goals to confine the Big W to a seventh loss of the season.

NEXT MATCH
Round 20
Werribee vs Brisbane
Saturday August 6, 11:05am
Moreton Bay Sports Complex