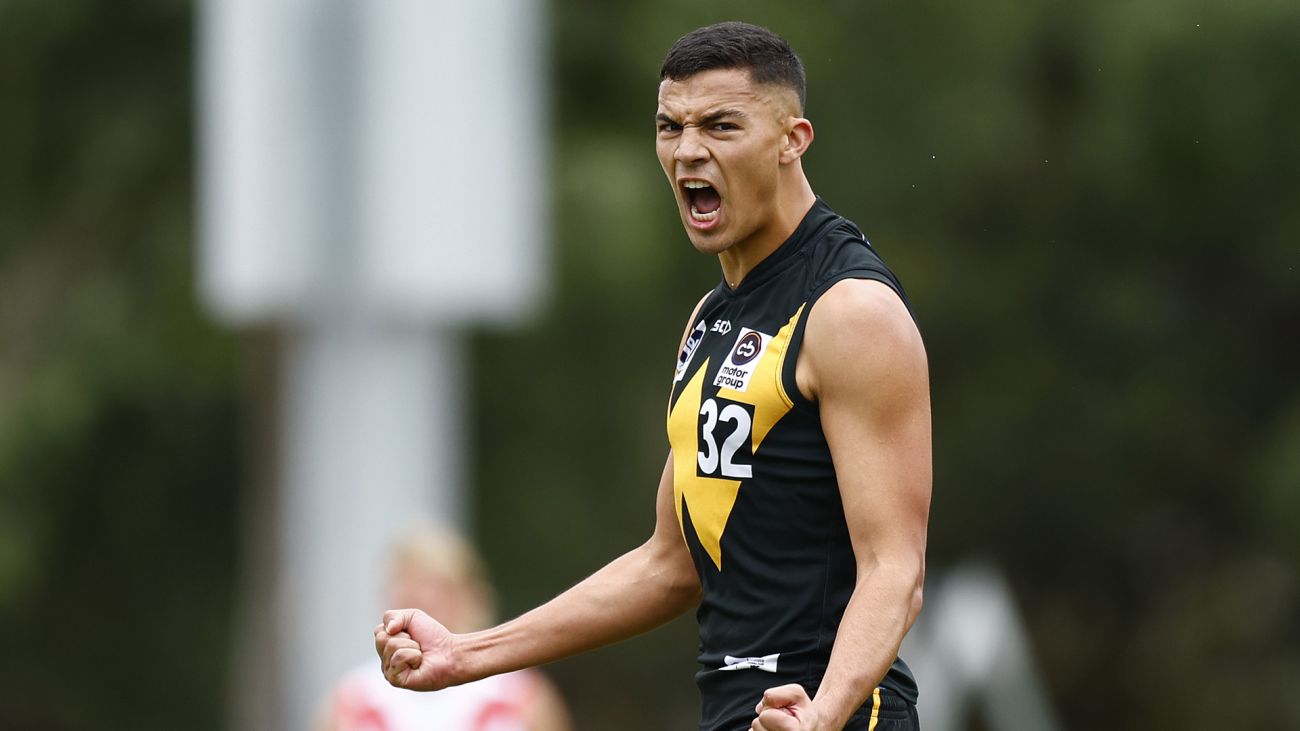 Several players continue to push their case for VFL selection with strong displays at local level. See who all the top performers were and who enjoyed wins with their community clubs last weekend.

Back from a shoulder injury suffered in Round 6 and was among the goals booting three majors in an 86-point victory over Sunshine. Finished with 12 disposals and three tackles.

Had a big day out tallying 43 disposals (32 kicks) with 10 clearances against Deer Park. Was very good in the contest and in transition to again be among the top three players for the Kangaroos.

Helped his side to a 25-point win over Altona with another solid outing. Played on the wing and both flanks, used his breakaway speed to his advantage and responding well when challenged physically. Featured in the best for the second winning running.

Was heavily tagged in his second game back but improved as the match went on. Spent more time in attack against Altona and did some nice things as small forward, one of those a smart finish on goal.

Continued his good form in Altona’s loss to Werribee Districts. Was again dangerous as an interceptor and providing rebound from defence. Collected 31 disposals and 10 marks.

Had a limited impact in the Round 11 loss due to injury.

Dominated in the ruck winning 53 hit-outs. Jumped well in the middle and took some good marks around the ground. Was named second best for the Eagles in a tough day against Caroline Springs.

Was a key contributor and one of the Tigers’ best with 19 disposals at 79% efficiency in a 53-point win over South Barwon. Won his own ball on the inside and picked the right time to defend at the contest.

Played his role well in a forward line that functioned nicely. Kicked a goal and had some other good moments as Grovedale improved to 6-6 on the season. Defensive work was encouraging again.

Among the best in 10-point win over Lara. Lined up at halfback, in the midfield and in a key defensive post where he came out on top against his direct opponent. Finished with 25 disposals at 88% efficiency.

Built on last week’s solid return with 18 disposals and a goal to be one of the best for the Eagles in their 17-point win over Bell Park.

Slotted back in nicely after a couple of weeks out and performed well in the Dragons’ loss to Newtown & Chilwell. Was clean with the ball with his 26 disposals while also adding five tackles.

Was important yet again as the Lion’s rebounded from their third loss of the season with a come-from-behind 14-point win over Geelong West. Impacted at stoppages and in general play as usual.

Stepped up with midfield mate Noah Gribble returning to VFL level and helped put the Giants in a winning position before they were overrun late against Leopold. Best on ground after gathering 33 disposals and 11 clearances.

A rolled ankle hampered his day against St Albans but was lively early in what was a comfortable win.

Best on ground after bagging eight goals to help the Abers defeat Doutta Stars by 95 points. Led up strongly at the ball carrier getting great separation on his man and finished off his chances superbly.

Another impactful game as a small forward. Applied great pressure in the front half for the Abers while laying a number of key tackles. Added three goals and selflessly gave off a couple of others.

Collected 24 disposals in the 50-point loss to Strathmore. Lined up in several positions for the second week in a row and again demonstrated his ability to find the ball on the edges.

Second best in an important win over South Croydon. Booted five goals from 20 disposals and used the ball particularly well in windy conditions. Also had five tackles in what was a well-rounded two-way performance.

Played in a 25-point loss to Old Melburnians. His highlights included a nice goal and a courageous mark to set up another.