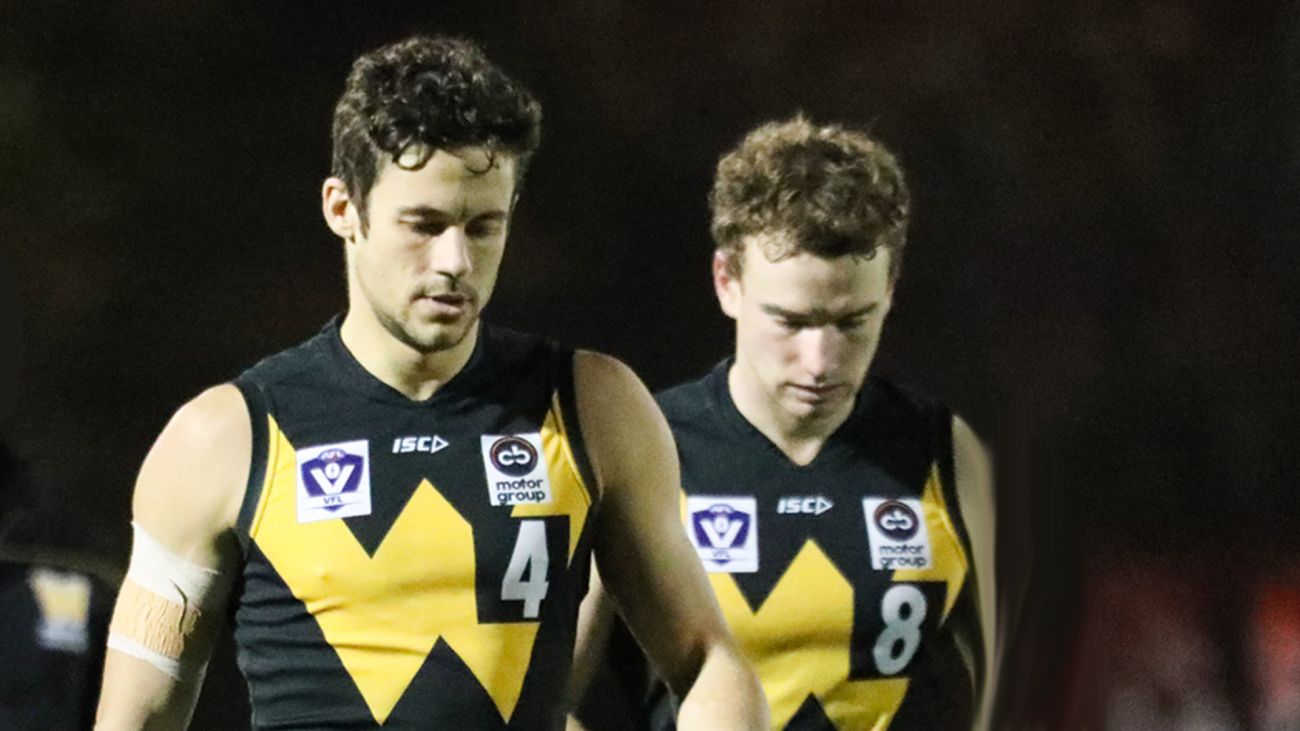 Werribee suffered its first loss since Round 7 with a narrow three-point loss at Port Melbourne in Round 14.

The Big W fought back from 40 points down following a goalless first half but fell agonisingly short of a remarkable come-from-behind win with inaccuracy in front of goal once again proving costly.

HOW IT HAPPENED
Werribee almost got off to the perfect start with the Tom Gribble sending the first centre clearance deep inside 50 where Hudson Garoni’s quick snap was touched through for a behind. From there the Big W enjoyed the majority of play during the early exchanges before a quick Port Melbourne counter-attack produced the first goal of the game after six minutes. Despite having plenty of possession Werribee wasn’t able to create any real chances with a number of inside 50 entries failing to find a target. Meanwhile, the Borough took advantage at their end adding their second 14 minutes in before a further two majors had Werribee trailing by 22 points.

The second quarter started with another Werribee centre clearance and shot on goal but Matt Hanson’s snap missed right. Chances were again few and far between for the visitors with Werribee having just 38% time in possession compared to Port Melbourne with 50% ad the Big W were put under even more pressure while again conceding multiple goals after turning the ball over. Jack Henderson had a late chance to score Werribee’s first goal of the night but his hurried snap sailed through for the team's sixth minor score as Werribee went into halftime down by 40 points.

Facing a big deficit, it was Shaun Mannagh who kick started Werribee’s second half comeback. An early intercept from Michael Sodomaco lead to Mannagh marking on 50 and nailing the set shot. Five minutes later Werribee’s fightback was well and truly underway when Jay Dahlhaus marked in a similar position and converted from long range. The Borough goaled midway through the term but that would be their only score of the quarter as defensive general Nick Coughlan rallied those around him. Coughlan would eventually play a key role in W’erribee's third goal sending a long kick to full forward where Ariek Lual gathered and ran the ball in to score from point blank range at the 24-minute mark. Mannagh reduced the margin to 17 points late in the quarter when he burst through traffic and snapped his second. In a dominant third term Werribee had 19 inside 50s to just 5.

Werribee continued its charge early in the last quarter and after a couple of early misses Dahlhaus got the crucial goal the visitors needed, taking the advantage after Ollie Hanrahan was caught high to cut Port Melbourne’s lead to just nine points after five minutes. The Borough added a goal of their own at the 11-minutes mark to heap more pressure on but after struggling through the middle stage of the term Werribee made one final push. Lual snuck home a close range effort after 20 minutes and then with two and half minuets to go Tom Boyd marked and goaled to make the difference just three points. However, that would be the last score of the game as the siren sounded just as Werribee went inside 50 one final time.