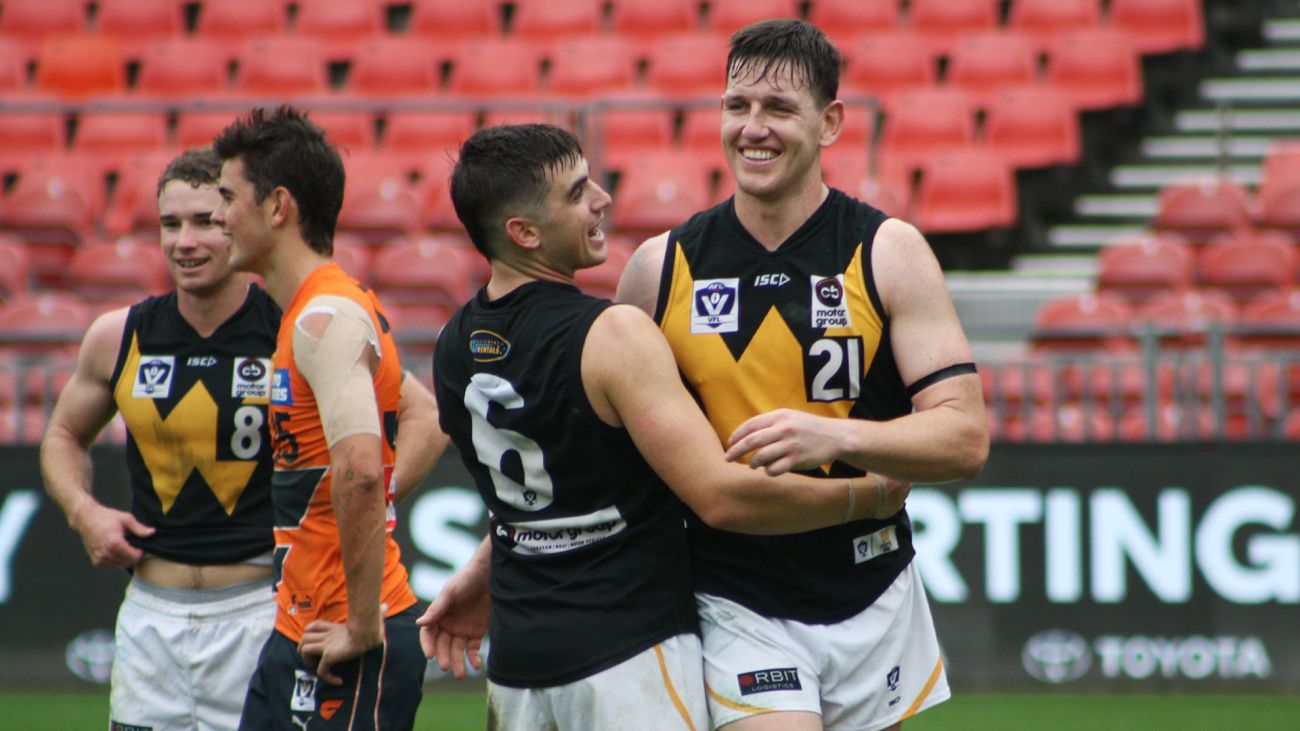 Werribee broke its run of three straight losses by recording an emphatic 53-point victory over GWS to return to the winners list in Sydney on Sunday.

The Big W enjoyed their best start to a match this season with a four goal to one opening term before extending a 17-point half time advantage to 44 at the end of three quarters.

The return of experienced pair Matt Hanson and Nick Coughlan was significant with four-time best and fairest winner Hanson best afield after a dominant display in midfield, while key defender Coughlan was just as important down back in his first match since round one.

Werribee’s first quarter was its best of the season as the Big W kicked 4.4 while limiting GWS to just a single goal to take a 22-point lead into the first break. Matt Hanson and Shaun Mannagh helped to set the tone early with the pair booting Werribee’s opening two goals inside the first five minutes before taking control around the footy. Nick Coughlan and Charlie Ham were also busy early, cleaning up across halfback while the Werribee defence held the Giants to just three inside 50 entries for the term, the last of which resulted in their only goal via a late free kick.

Werribee continued its dominance early in the second quarter and with Tom Gribble and Jack Henderson working their way into the match scoring opportunities quickly followed. Hudson Garoni added his second goal of the match just two and half minutes into the second before Jay Dahlhaus and Ollie Hanrahan helped extend Werribee’s led to 38 points after 13 minutes of play. However, the Giants hit back from the midway point of the term kicked four straight goals to drag the margin the back to 17 points at halftime.

Having kicked 7.7 up to halftime Werribee missed three of its first four shots on goal to start the third quarter before Nick Hayes kicked truly just before the nine-minute to give the visitors a 32-point buffer. GWS responded with two of the next three majors but with Bior Malual and Kye Declase continuing to drive the visitors forward the margin grew in Werribee’s favour. Delclase kicked his second goal of the quarter 25 minutes in before Garoni and Josh Porter converted their close-range efforts to end the third.

GWS had the chance to reduce Werribee’s 44-point point lead early in the final quarter but after missing their first three attempts Ollie Hanrahan made no mistake at the other end giving the Big W the first goal of the fourth. Having not topped 100 so far this this season Jack Driscoll brought up the ton for Werribee 19 minutes in while Dahlhaus, who continued to chase and tackle right up until the end, became Werribee’s fifth multiple goal kicker with the final major of the match.

NEXT MATCH
Round 10
Werribee vs Collingwood
Sunday May 29, 12pm
Avalon Airport Oval, Werribee

Next Match - Round 16: Werribee vs Coburg

Next Match - Round 15: Werribee vs North Melbourne

Next Match - Round 14: Werribee vs Port Melbourne