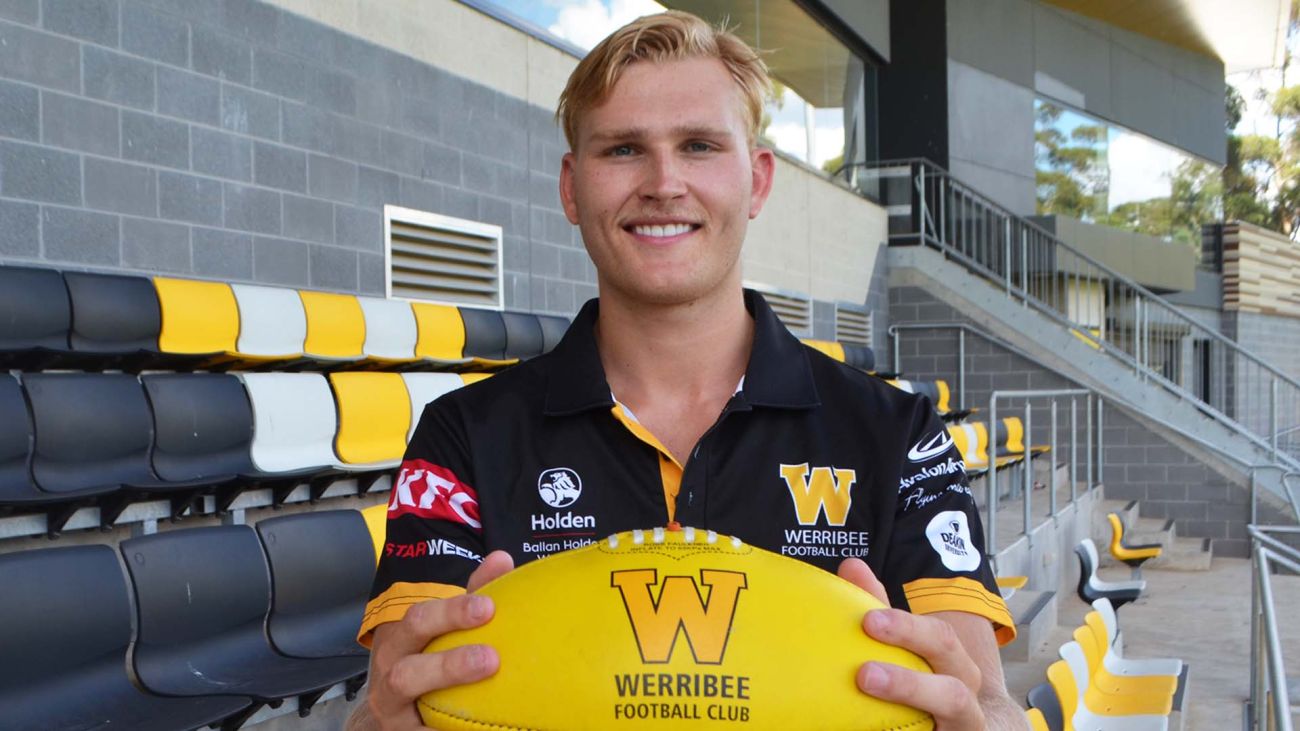 Witherden is another who returned to the NAB League for his 19th year in 2021 while also getting a taste of VFL football during the middle part of the season.

After appearing in the opening three games for the Geelong Falcons, a knee injury kept Witherden out for eight weeks before he returned and made two appearances for the Sydney Swans as a top-up player.

Witherden, who was also hindered by injury in 2019 with a six-month long hip issue, hopes to put those troubles behind him now and enjoy an injury free run with Werribee.

“Having missed a fair few games over the last couple of years I’m just looking for consistency with my game and body and see where I can take my footy in 2022,” he said.

“I came down for the trial week and ever since have fallen in love with the place, the boys have made it feel like home.

“Whenever we do our defensive craft, I’ve kind of clung on to Coops (Nathan Cooper) whether he likes it or not, and it’s been good to just bounce ideas of each other and it has made it a lot easier to kind of find my feet.”

Werribee football manager Mark Micallef said there is plenty of potential in the 19-year-old Witherden.

“Sam’s had an injury interrupted last few years, but we think his best football is all in front of him and we’re really excited to see what he can do at Werribee this season,” he said.

“He’s the younger brother of West Coast Eagle Alex Witherden and has really impressed us so far.

“He’s a great character, displays leadership and direction and provides a lot of energy for the whole playing group.”