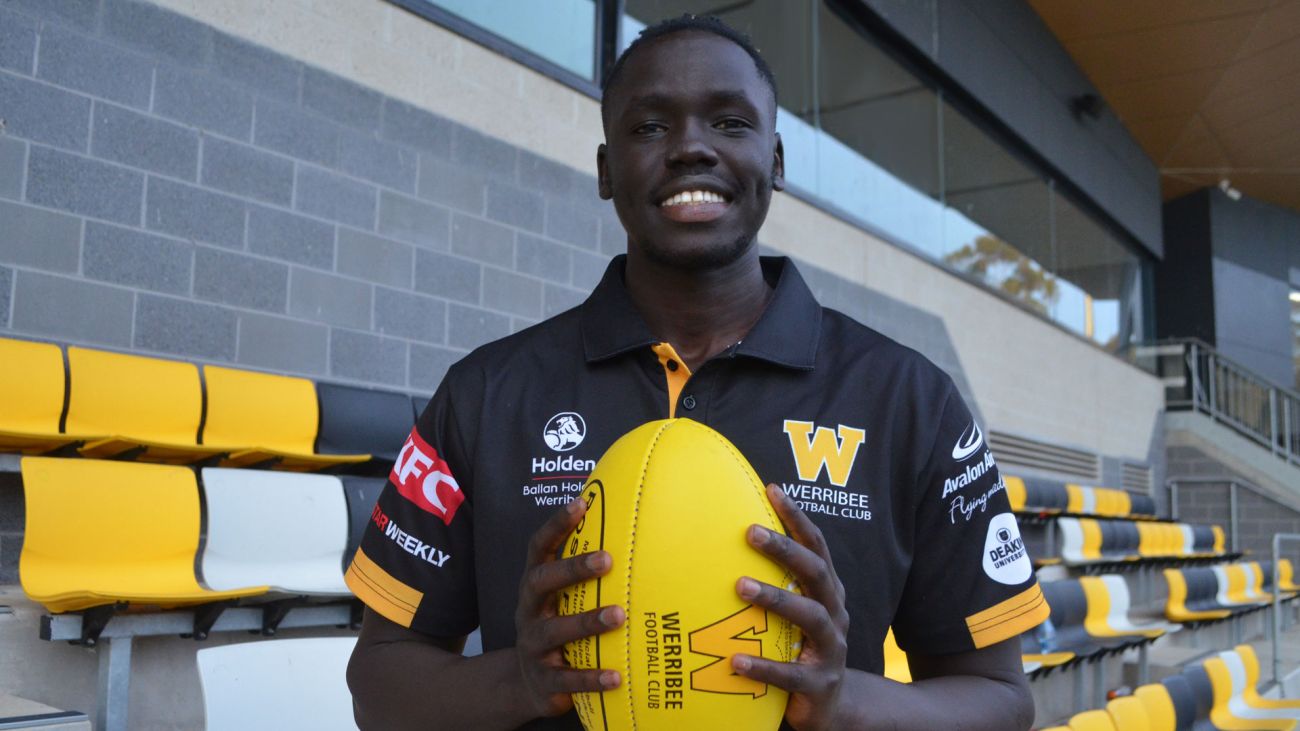 Werribee has secured the services of classy 189cm utility Reuben William from Footscray.

William is a major coup for the club with two years’ experience at the Brisbane Lions where he played three AFL matches in 2016.

The 23-year-old, who moved to Australia from South Sudan at the age of four, has spent the past three seasons as a key part of the Bulldogs’ VFL outfit playing 46 games in that span.

William joined his new teammates at the first preseason training session on Monday and said he was thrilled to finally get started at Avalon Airport Oval.

“The first session was awesome, the energy was great, and I can already tell it’s a great group,” he said.

“There’s such a brilliant atmosphere here with staff, volunteers and the club president here tonight it just shows a real one club mentality, everyone is really driven for success here.

“Playing against Werribee in the past we always saw them as a great side and a really challenging side to play and I’m sure we’ll be contending this coming season, so I’m really looking forward to the year.”

Werribee football manager Mark Micallef said William is a terrific signing and has been earmarked to play a major role in defence.

“We’re really excited to have Reuben join us, he’s a quality player and a magnificent person who will provide great leadership and help drive the cultural standards of our football club,” he said.

“We see Reuben playing as running half-back, he has really nice foot skills and a really good temperament so he’s going to be a very welcome addition to our defensive unit for 2022.”