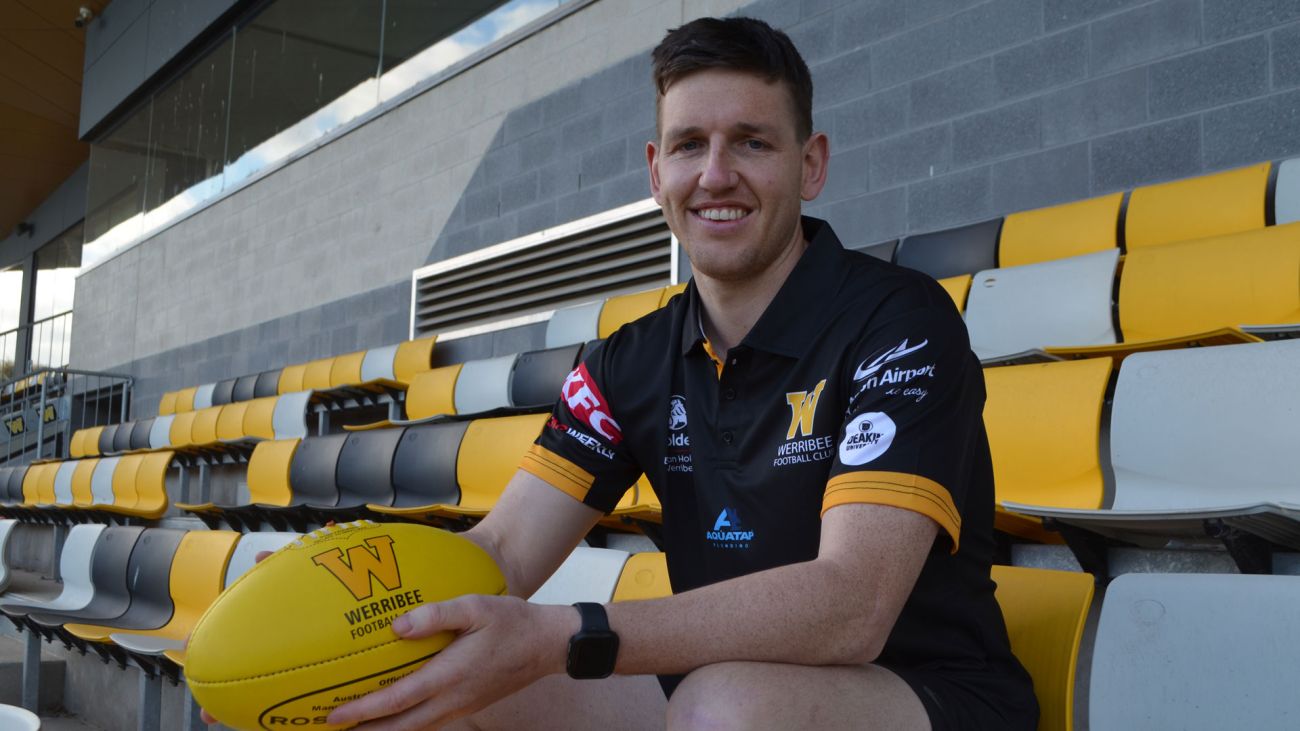 A familiar face in key forward Josh Porter has re-joined Werribee after three years away from the club playing country football.

Porter played 48 games for the Big W between 2014-16 and then 2018 and is now set for his third stint at Avalon Airport Oval after most recently playing with his home club the Wangaratta Magpies in the Ovens and Murray FL.

The now 27-year-old kicked 54 goals across his four previous seasons with the club and will again provide us with a strong target up forward with his size and contested marking ability.

He said it was fantastic to be returning at an exciting time for the club.

“I’m happy to be back, I reached out to Tom Gribble who had some really good things to say and then a few others like Sods (Michael Sodomaco) and Brewy (Dom Brew) reached out to me, and it sort of went from there,” he said.

“I’ve still been living in Melbourne these past few years and for me I didn’t want to travel anymore and missed the competitive side of the VFL and Werribee as well as the professionalism, so that all factored into my decision.

“I’m still the right side of 30, I think for my position I feel I’m hitting my peak and the systems that the club has in place will allow me to get the best out of myself, so I’m excited to be back.”

Werribee football manager Mark Micallef said it was great to add a veteran player like Porter.

“Werribee supporters will be familiar with Josh who had four years at Werribee previously, playing some really good footy in that time,” he said.

“Josh has great character, knows our environment and our players, and we think he is going to be a really good addition for our forward line stocks.”