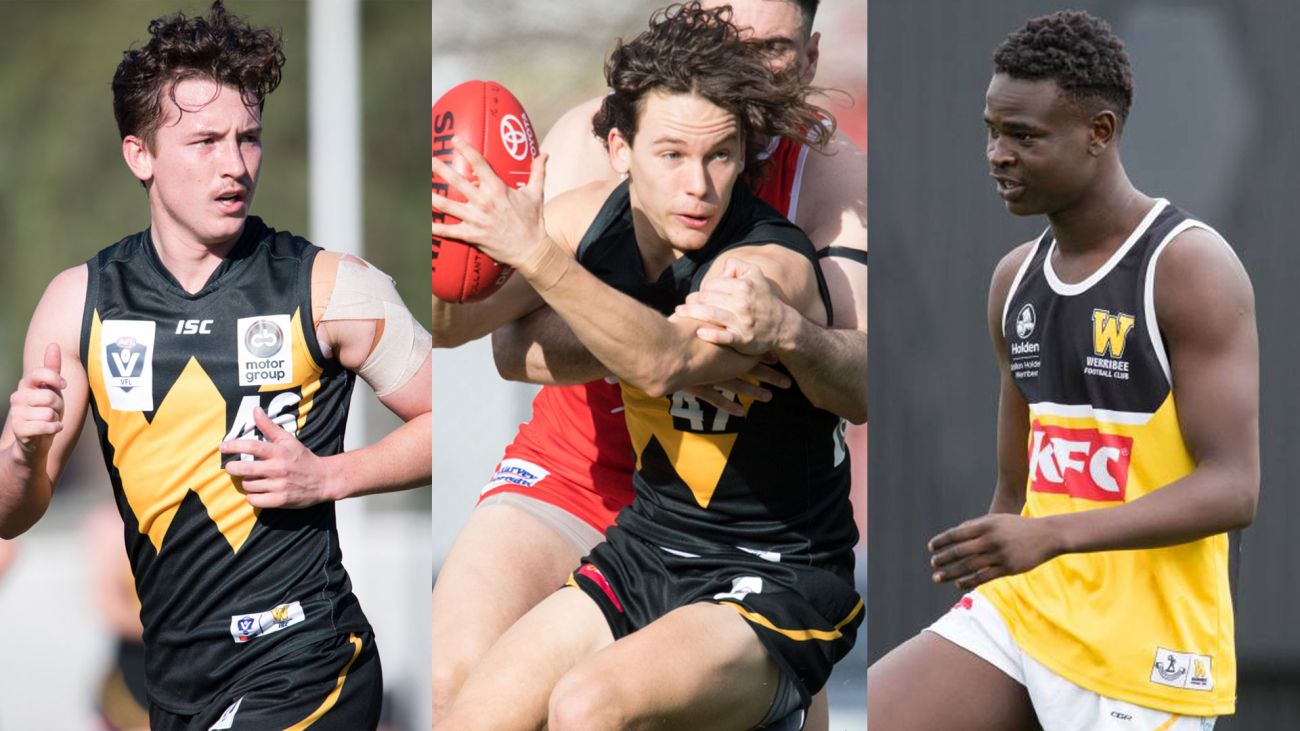 Werribee has secured signatures from three of its youngest players with Emmanuel Ajang, Noah Gribble and Harrison White signing on for 2022.

Ajang will enter his third year on the Werribee list and will look to earn a VFL debut in 2022 after not having the opportunity in 2020 and then coming close on several occasions this past season.

The 190cm midfielder enjoyed a brilliant year with Geelong West being named in the Giants’ best players eight times in 10 games.

Meanwhile, Gribble and White are set to join the club on a full-time basis, if they go unselected in this month's AFL National and Rookie drafts, after completing their NAB League careers with the Geelong Falcons and Western Jets respectively.

Both took part in Werribee’s most recent preseason and trained with the club throughout 2021 before getting their first taste of VFL football late in the season.

White debuted against Casey in Round 12 while Gribble, the younger brother of Werribee’s 2019 Liston Trophy winning midfielder Tom, made his first appearance in the final game of the year.

Werribee football manager Mark Micallef said it was exciting to have the young trio commit.

“Emanuel Ajang had a great year at Geelong West in the GFL where he played in the midfield. We see massive potential in Emmanuel with him being able to provide us great strength at the contest as well as an ability to get the ball on the outside," Micallef said.

"He is a great person to have at the club and has grown leaps and bounds in 2021 and we’re extremely excited to see what he can produce in 2022.

“Noah Gribble is an outside midfielder with speed and capacity to cover the ground really well and the ability to work from contest to contest.

"We see him developing into an inside-outside midfielder with the capacity to drive the ball inside 50. He’s the younger brother of Tom and had a really strong season with the Geelong Falcons as well as being really impressive in his debut for us.

“Harrison White is a great story being a local Werribee boy. He is a hard worker and someone who has utilised our facilities for his development.

"He’s crafty player and after overcoming some injuries had a terrific season with the Western Jets. Harrison did some good things in his Werribee debut, and we see him developing into a speedy high half-forward who can push into the midfield and use the ball well."