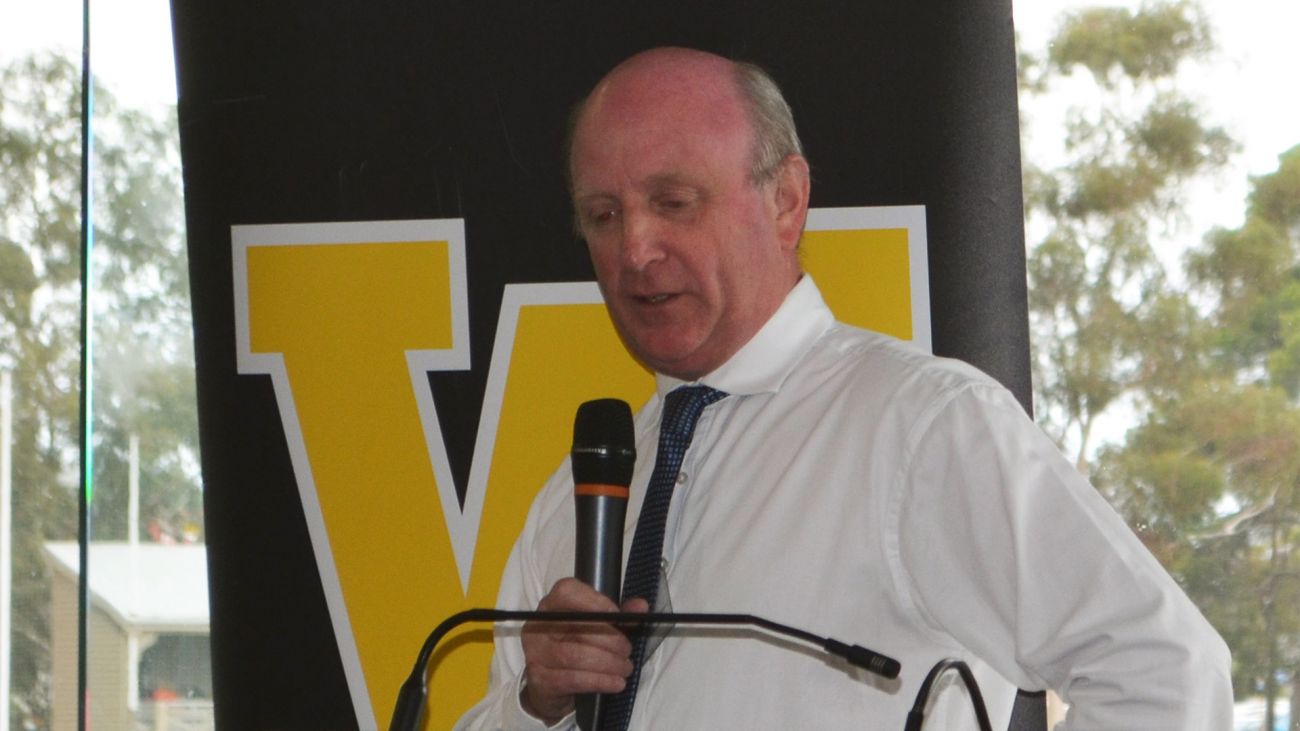 Penaluna received the honour for ‘special service to the VFL or to football in general’ during the competition’s 2021 Awards Ceremony on Thursday night.

A renowned football administrator for over 25 years, Penaluna’s time in the VFL landscape began in October 2003 when he took on the General Manager position at the Werribee Football Club.

He is currently the longest-serving CEO of a VFL club, and even after the events of the past 18 months, the man affectionately known as Pena, continues to work tirelessly to ensure the sustained success of his 57-year-old club, while continuing to advocate for the VFL and Australian Rules football.

Penaluna has compiled a significant list of achievements in his 18 years of administration at VFL level.

His most recent feat was playing an instrumental role in securing $975,000 in funding for VFL clubs this year, to assist with the fallout from the COVID-19 pandemic.

Other milestones under Penaluna’s leadership include Werribee being the first VFL club to employ a full-time Community Development Officer, a role which promotes AFL to thousands across the Wyndham community every year.

Additionally, he was one of the driving forces behind the $11.75 million Avalon Airport Oval redevelopment which transformed the venue from a small, outdated facility to one of best amongst state-level sporting clubs.

The ground has since hosted an AFLW match, an AFL pre-season match and the 2021 NAB League Girls Grand Final.

Penaluna has also fostered a stronger relationship with the Western Regional Football League with Avalon Airport Oval becoming the unofficial home of local football finals in the west.

Werribee president Martin Carter said the Penaluna’s life membership with the league was much deserved.

“Mark’s longevity in the VFL and at Werribee FC particularly for 18 years is testament to his character, loyalty persistence, respect, honesty and commitment to the cause,” he said.

“Mark is a hands-on administrator that has done everything from CEO down to umpire’s escort, there’s nothing he hasn’t done to make sure that Werribee FC was and is in a better place.

“Often the catalyst for liaison with a myriad of stakeholders, from the AFL, VFL and Football Vic to local government he typifies everything that is positive about community football and community sport.

“He is a most deserving humble VFL Life Member that is respected by anyone and everyone that is lucky enough to work with him.”