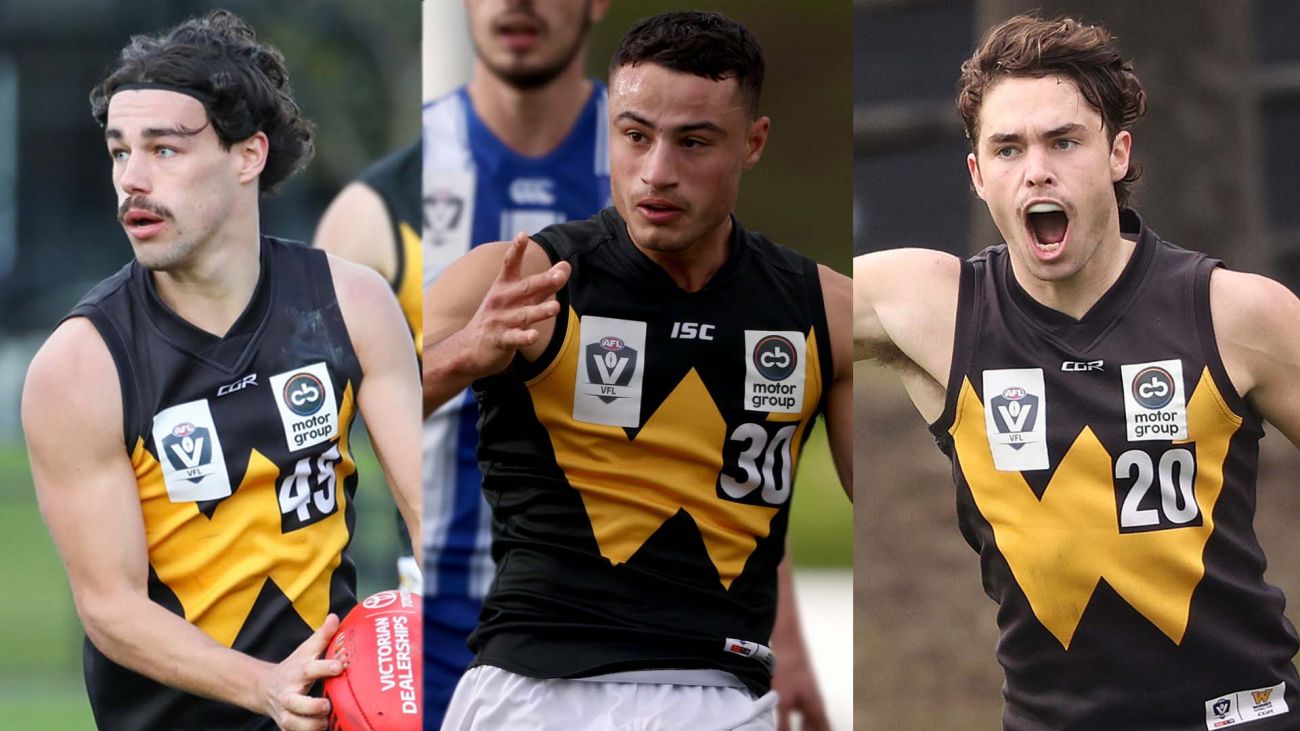 Werribee has re-signed home-grown talents Lucas Rocci and Connor Thar and one of the club’s finds of last season in Harry Stubbings.

All three debuted in the VFL in 2021 with Rocci and Stubbings each playing six matches while Thar played the final three games of the year after debuting in Round 11.

Thar, a Werribee Districts and Western Jets product has been on Werribee’s list since 2019.

After overcoming several significant injuries to earn his VFL debut Thar didn’t waste his opportunity, showing plenty of craftiness as a small forward while kicking multiple goals on two occasions.

Fellow Districts junior and Jets standout Rocci signed at Avalon Airport Oval for 2020 after winning the Morrish Medal in his final season of NAB League footy.

He took on a similar role to his under 18 days playing as small defender with play making abilities.

Despite Stubbings being one of the final additions to the Werribee list ahead of the 2021 campaign, the 20 year-old impressed early, finding a role in the side as a pacy half-forward/winger while averaging a goal a game.

Werribee football manager Mark Micallef said it was great for the club to retain three of its most promising players.

“Connor is arguably the most dedicated player on our list, he doesn’t leave any stone unturned in his quest to be the best footballer he can be. He’s a local Werribee person who we are extremely delighted to have for another year. He played in three games this year and looked more than up to the level, and we think he can be a long term VFL player for us,” he said.

“Lucas is another Werribee local whose development over the course of this year was fantastic. He’s a player you can assign a job to and can also provide some drive off halfback. He started to work closely with our skipper Michael Sodomaco just picking apart his game and identifying where he can improve, so we’re very pleased to get Lucas' deal done for 2022.

“Harry is an exciting forward prospect for us who plays his local footy at Old Scotch. His speed is electrifying and he provides our group with a different dynamic with his speed and explosiveness. Harry’s a great character to have around the football club and we’re keen to see his development continue over the next 12 months.”