Not The Perfect Start 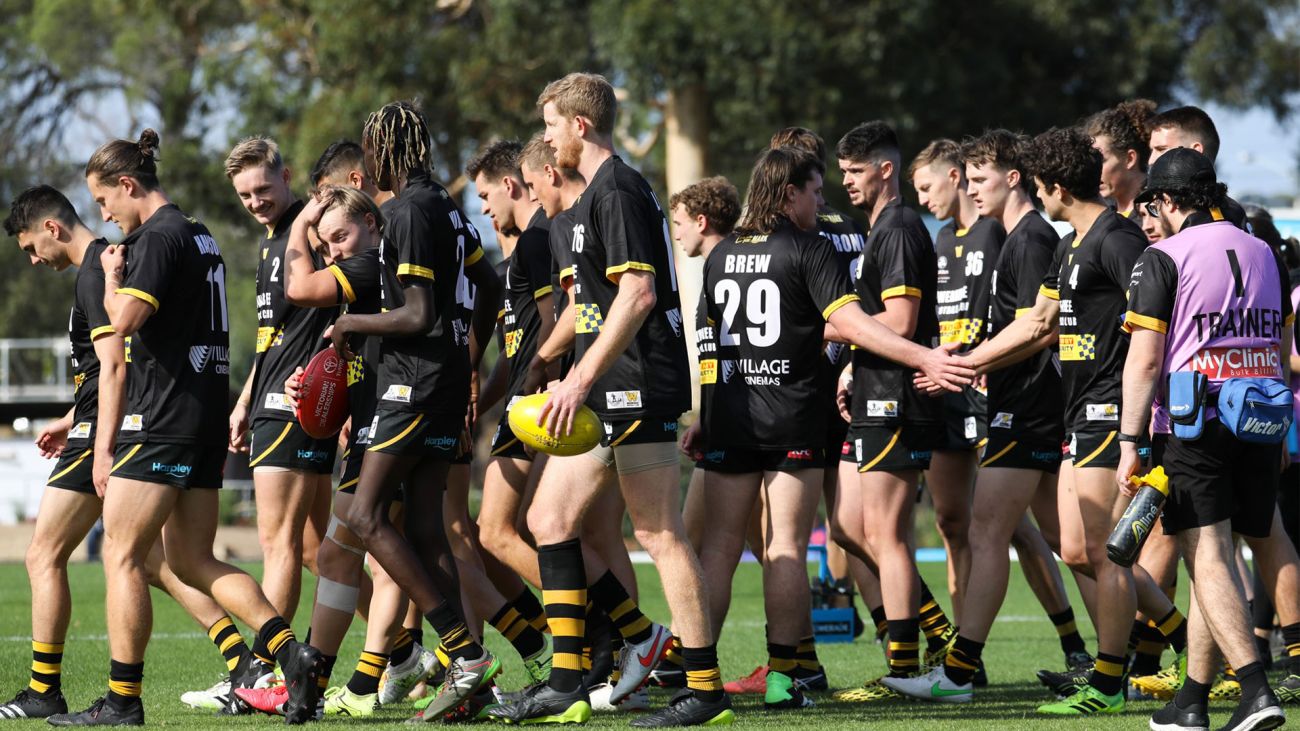 It was not the start to the season we were hoping for going down to Collingwood by 7 points.

Some poor disposal has cost Werribee in its first VFL match in 616 days, with the Big W going down to Collingwood by seven points at Avalon Airport Oval. In a hotly contested match, the Magpies led by 11 points at the main break as Werribee had little to show from a dominant second term, with turnovers by foot costing the hosts dearly. Wylie Buzza’s lone goal and second of the match was the only major for Werribee in the quarter. At halftime, the home team led almost every major statistical category including disposals (+38), inside 50s (29-22) and tackles (32-18). Nathan Cooper - with support from the rest of the Werribee defence - did an outstanding job on Collingwood’s Mason Cox, limiting the 211cm AFL-listed player to just three disposals and a goal in the first half.

Werribee played its best footy early in the third quarter with three goals in the first 11 minutes giving the Big W the lead for the first time. Wylie Buzza kicked his third and fourth before a Michael Sodomaco goal gave his side a two-point advantage.The skipper converted a set shot following some brilliant work from Matt Hanson to keep the ball in play along the boundary edge. A Will Hoskin-Elliot goal - 18 minutes in - gave the Magpies back the lead, before Joe Maishman cut the margin to just a point late in the quarter, when his attempt from deep in the pocket sailed in. With early goals being crucial, Collingwood built on its buffer in the first six minutes of the final quarter through Cox and Jack Ginnivan. Werribee finally registered its first, midway through the term when Nick Hayes kicked truly after a strong tackle 20 metres from goal, but Caleb Poulter replied almost immediately for the Magpies. Tom Boyd kept Werribee well and truly in the hunt after a big pack mark and goal, however Werribee was unable to add any further score in the final nine minutes despite continually sending the ball back inside 50.