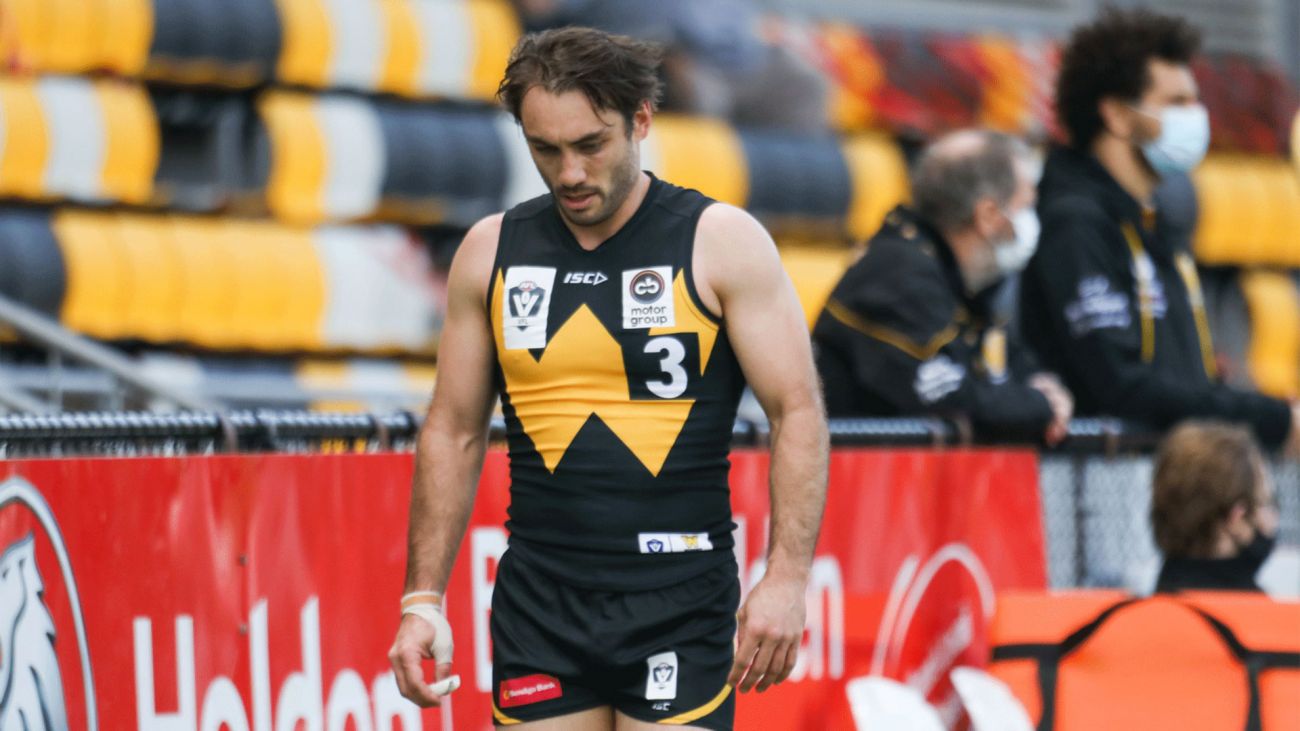 Thursday's announcement by the Victorian Government of another state-wide lockdown has put the VFL season on pause once more with our scheduled game against Geelong at Avalon Airport Oval in the battle for the K Rock Cup called off along with all other matches for Round 17.

There was only six matches fixtured to take place in Round 17 (all in Melbourne) with five to be played on Saturday and one on Sunday.  Brisbane Lions, Frankston, Southport, Sydney Swans, Box Hill Hawks, Gold Coast Suns, Aspley, Greater Western Sydney, Essendon and Footscray had all been scheduled byes.

With this latest lockdown due to end next Friday, the AFL said they will continue to plan for matches on August 14 & 15.  The entire VFL community will be hoping for positive news throughout next week and teams can return to the field and complete the remaining home-and-away matches and then finals.

The AFL has advised all VFL and VFLW Clubs that this weekend’s scheduled matches in Victoria will not proceed following the seven-day lockdown announced by the Victorian State Government yesterday.

The includes the 2021 rebel VFLW Grand Final between Collingwood and Geelong scheduled for Sunday at ETU Stadium.

All VFL, VFLW, community football matches, training and Auskick will not be permitted to take place in Victoria during this time, as per State Government restrictions.

The health and safety of the community remains the highest priority and we acknowledge the role the VFL and VFLW plays in keeping our community safe.

The AFL will continue to work with the Victorian Government on the conditions required for football to be played in Victoria and will act on their advice to have footy return as soon as possible.

The AFL remains committed to staging the 2021 rebel VFLW Grand Final and crowning a premier.

The AFL remains committed to completing the 2021 VFL Premiership Season with all clubs playing the same number of home-and-away matches. The 2021 VFL Finals Series is scheduled to commence on Saturday August 28 with the top eight finals structure with the VFL Grand Final to be held on Sunday September 19 at Marvel Stadium.

Football is such an important part of so many lives and communities across Victoria, and we understand how these disruptions have a significant impact on the game, our people and communities. These are really difficult times for the whole community and the AFL will continue to support all participants so that we can bring the game back as soon as possible.

The health and safety of everyone in the game and the wider community remains the priority.

The AFL would like to thank the VFL and VFLW communities, each club, players and families and all football fans for their continued patience and understanding as we continue to navigate through this pandemic together.

Yesterday’s announcement of another state-wide lockdown in Victorian means the VFL season has been put on pause once more. We were set to play Geelong at Avalon Airport Oval tomorrow in the battle for the K Rock Cup but that match along with all others games for Round 17 is obviously now off.

With the lockdown due to end next Friday, the AFL will continue to plan for matches on August 14 & 15. Let’s hope it’s positive news next this time next week and we can again get back on the park.