Around The Ground: Dahlhaus Excites In Return 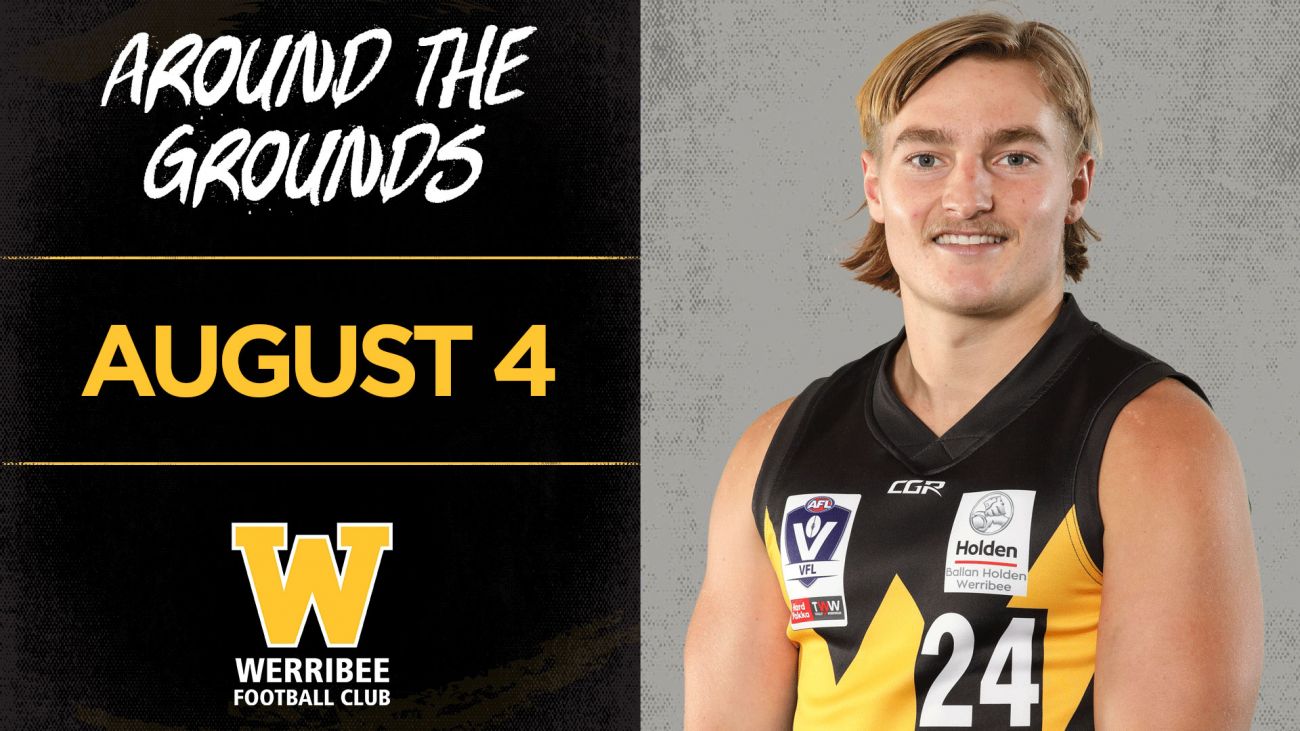 With football returning to most leagues across the state the past weekend saw 14 Werribee players back in action at local level. Once again there were more strong performances from players on the comeback from injury setbacks.

St Mary’s were the biggest winners of the round in the Gelong Football League with Jay Dahlhaus turning it on for the Saints in his first match at the senior level since May 23. Playing mainly as a forward the livewire booted three goals in a 22-possession game while also laying four tackles.

Darcy Chirgwin also contributed three goals in the 108-point St Mary’s win as he played as a third and at terms second forward. Chirgwin also brought some good forward half defence in another encouraging display. Similarly Max Augerinos also had a big impact in attack as well as through the midfield for the Saints. The 24 year-old had a strong four-quarter performance with 25 disposals at 84% efficiency and also added a goal.

Several Werribee players were among the best for Geelong West in their loss to St Joesph’s. Emannual Ajang had 25 disposals, 6 marks and a goal as the Giants went down by 25 points. Phillip Moi Moi finished with two majors and utilised his attributes with his pace and elusiveness highlights.

Also with Geelong West, Lachie Taylor had his finest showing in a number of weeks to be named second best at Drew Oval in the lone Sunday match. Meanwhile, Tyler Watts did the little things well for the Giants, was physical in the contest with some notable one-percenters and follow up work.

Aiden Domic was involved in a come from behind win for Bell Park over South Barwon. After trailing by almost four goals at quarter time the Devils eventually overcome the deficit and secured a five-point victory. Domic was effective by foot, tackled well and showed great leadership throughout.

Harry Stubbings produced a best-on-ground performance for Old Scotch as they fell to Collegians narrowly by seven points in Round 14. Stubbings racked up big possession numbers while gaining plenty of metres with his run and carry and long kicking.

For St Bernards Edyn Sibbald played in a win over lowly Old Trinity. Sibbald played his role up forward, kicking a goal and having a number of score involvements as the Snowdogs kicked 19-goals on their way to a 50-point victory over the competition cellar dwellers.

Lucas Rocci played in comfortable win for Aberfeldie with the third placed Blues enjoyed a 48-point triumph over sixth placed Avondale Heights. Rocci’s two way running, contested possession work and field kicking were all on display in a solid outing at Canning Reserve.

Archi Manton starred at both ends of the ground for Yarraville Seddon in windy conditions against Hoppers Crossing. Manton started forward but then went back and would play most of the game at one end of the ground. In attack he continued his strong goal kicking form, booting four majors and was also one of his team’s best defenders in their loss taking a number of intercept marks.

Among the best for Darley in their loss to top placed North Ballarat was Ryan Kemp. Despite going in undermanned, Kemp helped ensure the Devils were more than competitive with his pressure and tackling excellent playing mainly through the midfield. He also kicked a goal when rested up forward.

Another player seeing his first senior action since late May was Tex Korewha and he didn’t appear to miss a beat in Koroit’s 97-point win over Terang Mortlake. Korewha spent a greater chunk in the ruck than anticipated but proved he was up to the task. He also did some damage up forward slotting three goals.