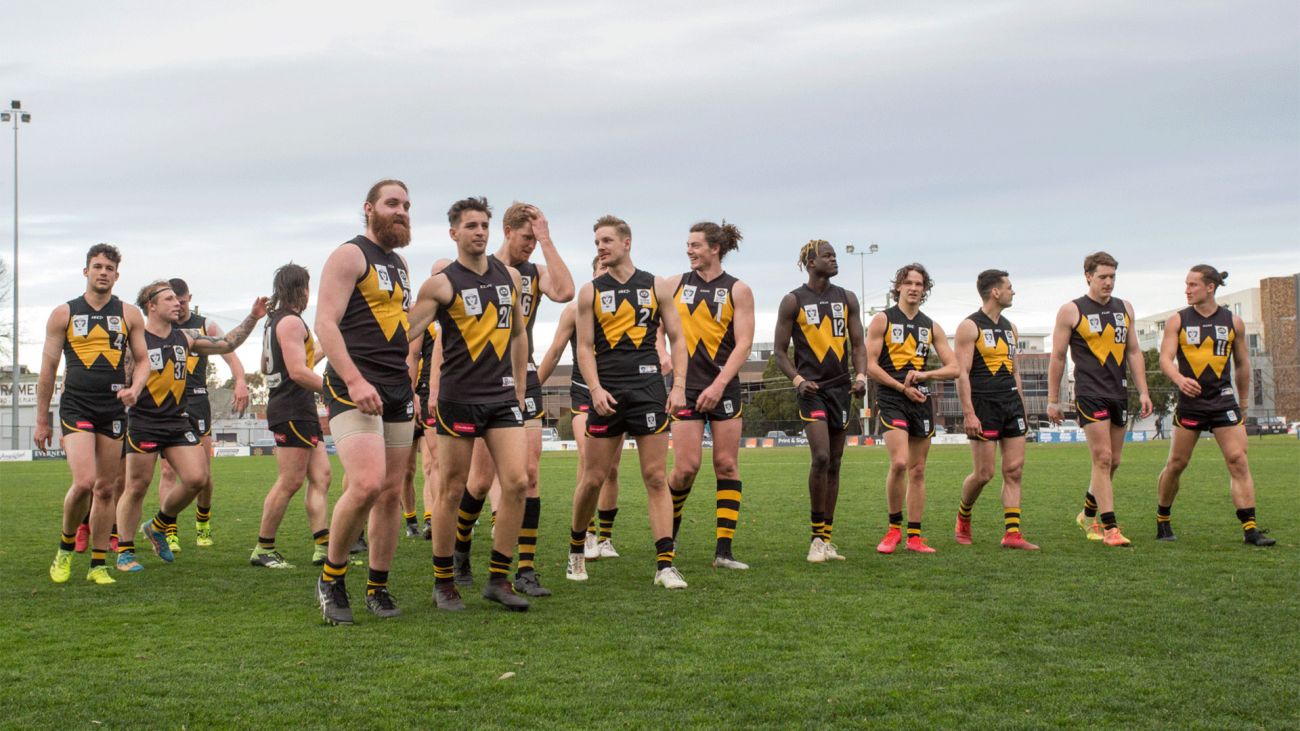 Werribee made a successful return to field from another two-week hiatus with a come from behind victory over the Northern Bullants in Round 16.  The Big W trailed all day at Preston City Oval before coming home with a wet sail, piling on eight final quarter goals to win by 30 points and break a run of two consecutive losses.

HOW IT HAPPENED
The Big W went into the match without key backs Nick Coughlan and Nathan Cooper and then had skipper Michael Sodomaco withdraw just moments before the bounce due to hamstring tightness. His replacement was Aidan Johnson who after just completing a running session was handed a surprise debut. With a decent breeze favouring the city end of the ground, the home team made the most of their decision to kick in that direction as they opened up a 31-point lead at quarter time after dominating the opening stanza following some early back and forth. Having been held scoreless for the more than 30 minutes, Werribee final got on the board when Logan Wagener, playing in his first match for the club since debuting at Box Hill in Round 4, snapped truly shortly before the break.

Despite the early deficit it was far from panic stations for Werribee and they made the perfect start to the second term with Hudson Garoni goaling after the first minute. But two misses followed and when the Bullants quickly added back-to-back goals the margin was back out to 35 points, 12 minutes in. Garoni would be the one to reply for Werribee with consecutive goals himself before another run of behinds by the visitors had the scoreboard reading 4.7 to 7.8. Nick Hayes added ou fifth major deep in the quarter but it wouldn’t be the final score as tempers flared after a late injury to a Bullants player with the hosts converting from a free kick with the final possesion of the half.

With Matt Lobbe dominating in the ruck, Matt Hanson, Tom Gribble and Dom Brew continued to win plenty of the footy in the centre square and around the ground in the third quarter but scoring was hard to come by. After four straight behinds for Werribee, Wylie Buzza calmly slotted what would be our loan major for the quarter, after 18 minutes of play. The goal reduced the margin to 10 points, but it didn’t stay there for long with the Bullants finding a quick reply through Jean-Luc Velissaris. Defenders Max Spencer, Lou Pinnuck and Ariek Lual did an outstanding job to limit the Bullants to a single behind over the final 10 minutes, winning back possession on multiple occasions, while Bior Malual's dash off halfback came without reward late as the Big W went into the last, 16 points down.

With one final role of the dice the goals came thick and fast for Werribee in the fourth quarter with Matt Hanson starting the procession. Shaun Mannagh was next on the board and when Connor Thar finished off the outside of his right boot from close range moments later, Werribee had the lead for the first time, nine minutes into the final term. Three more majors came over another five-minute period via Ryan Pendlebury, who followed up his own hack forward with a classy running goal, and then Buzza and Mannagh again, which all but guaranteed the Big W the points. The result and Werribee's fifth win of the season was confirmed by young debutant Noah Gribble who was mobbed by teammates after kicking the final goal of the game. Gribble, the younger brother of standout midfielder Tom, finished with 11 disposals and two tackles in his first taste of VFL footy.