Around The Grounds: Watts Influential In Win 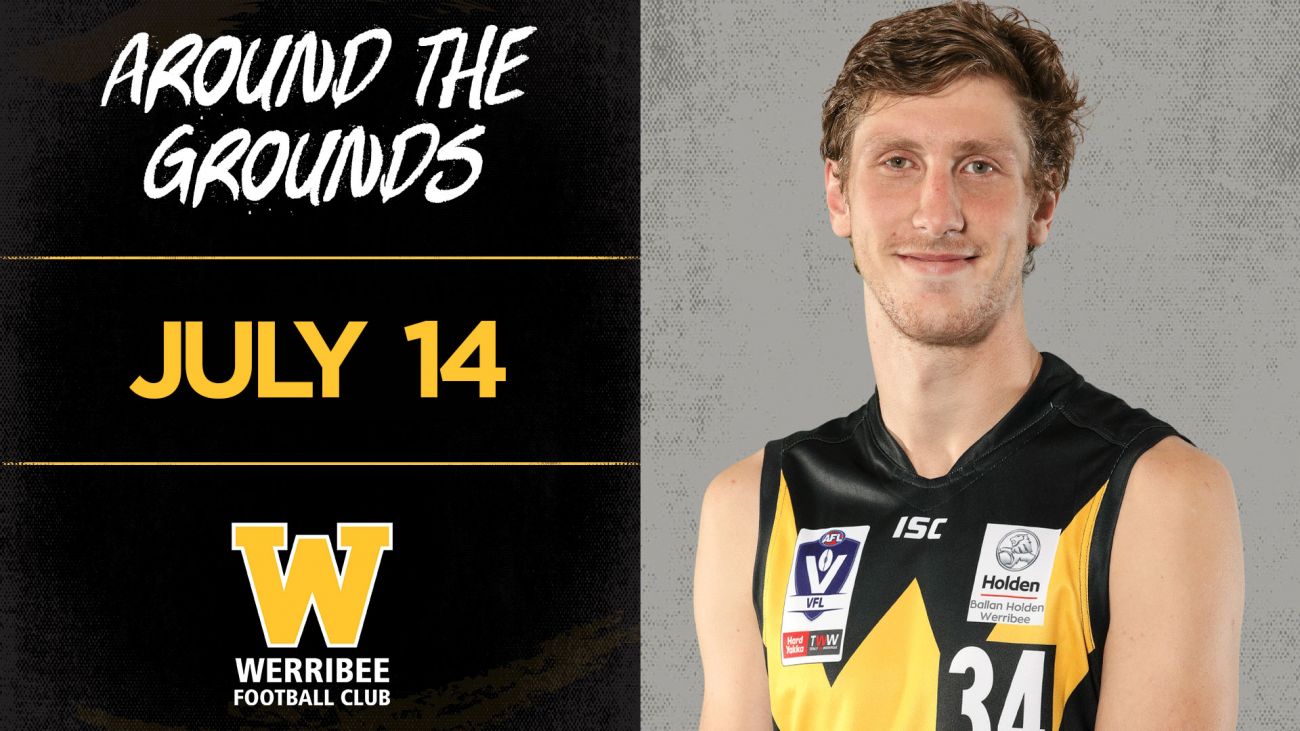 There were more good performances at local level last week with a number of players producing some of their best football for their community clubs while others are having an immediate impact as they return from injury and get back to full fitness.

A couple of Werribee players were a part of massive wins as the Geelong Football League resumed after a bye. Darcy Chirgwin was involved in the biggest triumph of the round as St Mary’s disposed of St Albans by 183 points. After returning from injury through the reserves two weeks ago Chirgwin had a strong outing in his first match back with the senior side accumulating 28 disposals and a goal.

Aiden Domic featured in the best for Bell Park who triumphed by 160 points over Grovedale. Domic again played predominately as a midfielder and is settling into his role at stoppages going head-to-head with the best opposition mid. He finished with 25 touches, two goals and five tackles.

Tyler Watts starred for Geelong West who came from behind to defeat Lara by 22 points. The 198cm big-man was influential when moved into the ruck helping flip the momentum in favour of the Giants. Watts took some good contested marks and should have kicked a goal or two, missing three.

Similarly, Phil Moi Moi went goalless after missing a couple of chances for the Giants, however, his tackle pressure was again elite playing forward while having the occasion burst on-ball.

In the same game Lachie Taylor showed more good progress and was among the best players. Taylor continues to play his role well on the outside and show a willingness to support the defence. Emmanuel Ajang also had a solid day starting in the midfield before moving to halfback. He again used the ball well.

Jay Dahlhaus returned for St Mary’s via the reserves on Saturday and was clearly above the level gathering plenty of football while adding a goal in the Saints’ 129-point win over St Albans.

Liam Holt-Fitz and Archi Manton both had good outings for Yarrviile Seddon however their efforts were in vain as the Eagle suffered a narrow two-point loss to St Albans. Holt-Fitz played his best game since moving down to Melbourne form the Norther Territory which earnt him Local Player of the Week honours. Holt-Fitz found plenty of football and utilised his pace to impact the contest.

Manton had another good day in front of goal with four majors. Manton’s current run of form has seen him kick 16 goals over the past four weeks moving him into third on the goal kicking tally with 29 for the season. James Edmonds was also a steady contributor for the Eagles who have produced some much-improved performances after losing six of their first seven games, many by big margins.

Dan Nielson wasn’t as prominent for Werribee Districts as he has been in recent weeks, but he still managed two goals and several more chances in a 10-point loss to Spotswood. Nielson had a good battle with his direct opponent and competed fiercely every time extra numbers dropped back.

Matt Brett was Darley’s best in one of the Devils ‘better showings this season, a 17-point loss to Redan. Having often been used as a key defender Brett played an attacking role on Saturday and did so to great effect. He set up plenty of play, made good decisions and also got forward to kick a goal.

For Melton South Ryan Pendlebury had his typically strong game splitting time between the midfield and down back against East Point. The Panthers were well-beaten but Pendlebury came out on top against his direct opponent, backing his judgement and reading of the play while using the ball well.

Aiden Johnson spent more time in the ruck for Lavington on the weekend after finding the going tough early on at centre half-forward. He provided a good contest in the middle and finished with one goal while also dishing out a couple of handballs to players in space that resulted in goals.

Logan Wagener lined up for Gold Coast’s VFL outfit for the second straight week after playing well for the Suns in Round 12. Wagener was quieter this week but collected 13 disposals and had six tackles in a loss to GWS.