Injuries Add To Woes Against Casey 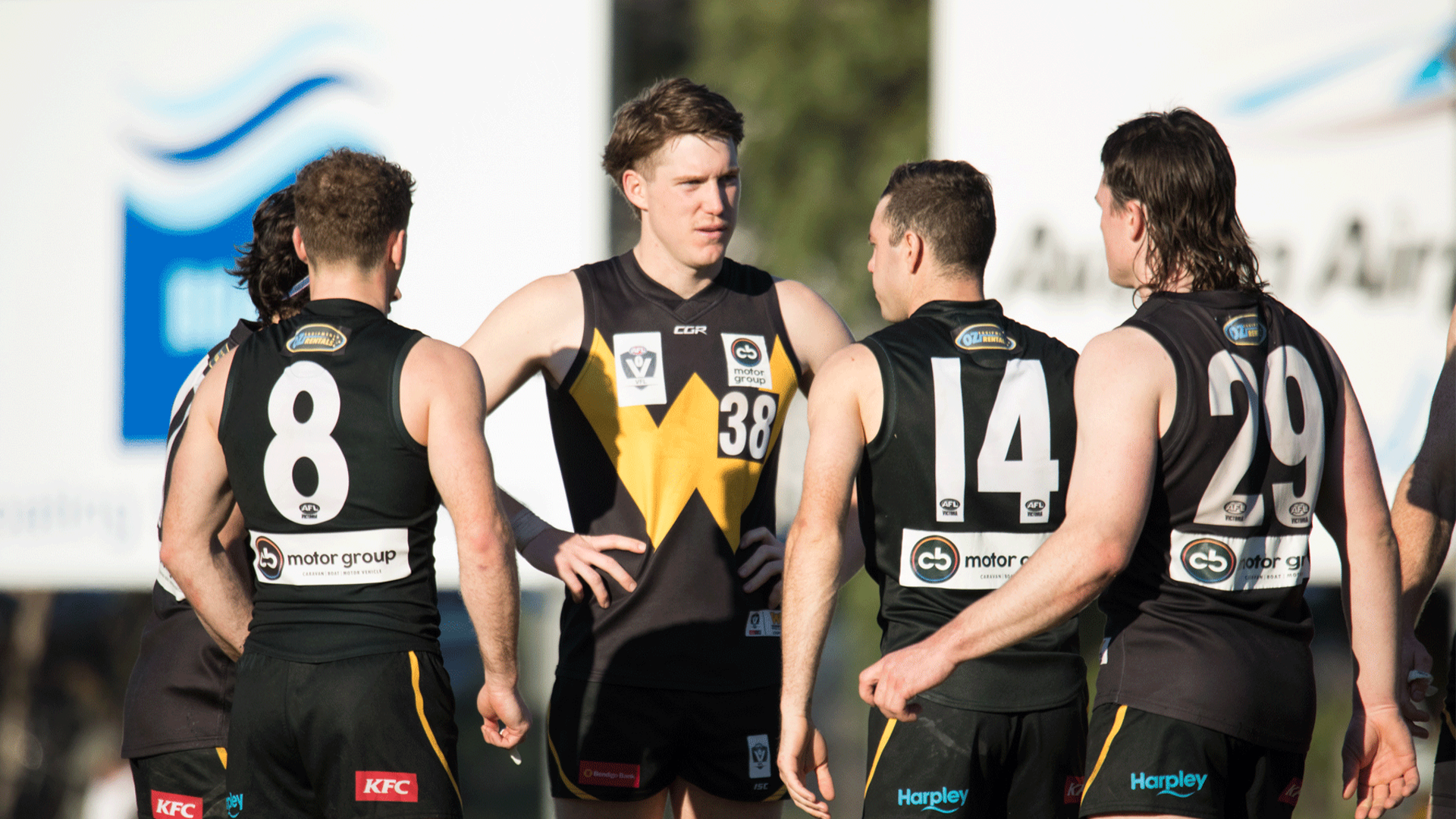 Werribee suffered it's second straight loss on Saturday going down to Casey by 59 points in Round 13. Back in front of fans at Avalon Aiport Oval the Big W trailed all day but got within seven points early in the second half before Casey ran away with the match as the home side played the majority of the match two men down.

HOW IT HAPPENED
Both sides failed to make much progress early in the match and eventually Casey were the first team on the aboard. Their first goal came seven minutes in and led to two more majors before Werribee finally got its first goal courtesy of Louis Pinnuck who kicked truly from beyond 50 at the 20-minute mark. The Big W began the second term two men down having lost key defenders Nick Coughlan and Nathan Cooper to respective concussion and hamstring injuries in the opening quarter. After an early Casey goal Wylie Buzza kicked what would be Werribee’s only major of the second to remain in touch with the Demons. Werribee’s defence, now led by Max Spencer and Jesse Clark along with Nick Hayes who swung back, held firm for more than 25 minutes before Sam Weideman converted late to see the visitors go into halftime with a 17-point buffer.

After battling hard for just two goals in the first half Werribee doubled its tally in the first eight minutes of the third through majors to Ryan Kemp and Connor Thar, and soon trailed by just seven point after missing a couple of other gettable chances. However, Casey responded with five unanswered goals in the space of seven minutes, completely dominating from the centre to jump out to their biggest lead of the match. Kemp added another for Werribee with 10 minutes to go but with Werribee’s limited rotations starting to show, Corey Ellison kicked his second and third to give Casey a commanding 46-point lead at the end of the three quarters. The final terms saw some wayward kicking from both sides with eight behinds and a single Casey goal scored in the first 14 minutes. Bior Malual and Thar kicked majors for Werribee either side of consecutive Casey goals before Ellison snared his sixth just before the final siren. After back-to-back losses Werribee now heads to Port Melbourne to face the Borough.