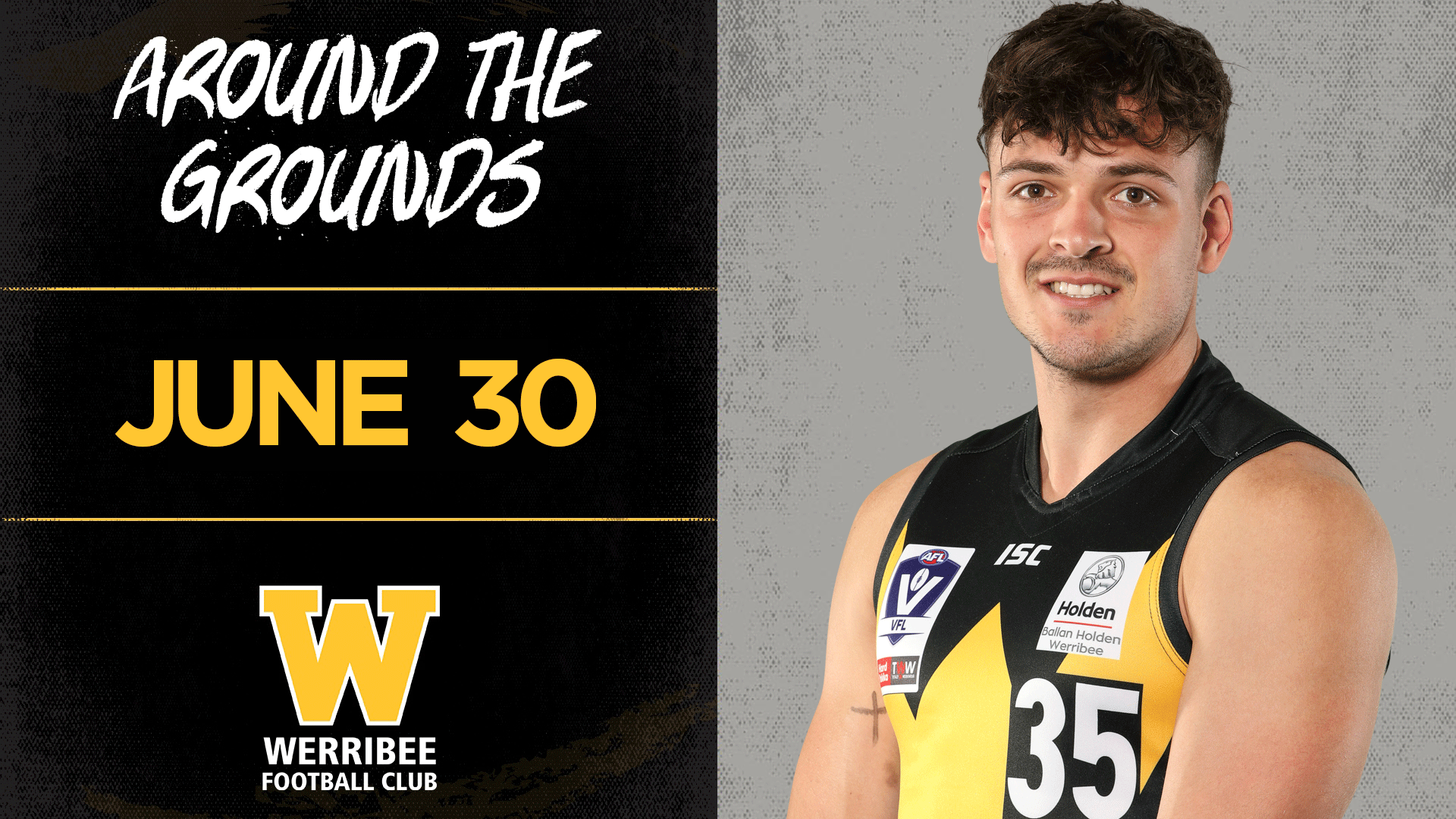 Werribee had 17 squad members play locally over the past weekend and there were a couple of dominant displays by some of our forwards while several players performed well in their return to the field.

Archi Manton and Dan Nielson both continue to star in the Western Region Football League with both players kicking bags to propel their respective sides to victory on the weekend.

Manton kicked a season-best five goals and had 13 marks to propel Yarraville Seddon to a come from behind victory over Caroline Springs. Down 28 points at three-quarter time the Eagles came home with wet sail booting six goals to one in final term to triumph by two points. Manton struggled in front of goal early but kicked four straight in the second half to earn best on ground honours.

James Edmonds was another key catalyst for Yarraville Seddon, and he too got better as the game went on with his run and carry and ability to break the lines crucial in his team’s fightback. Edmonds finished as one of the Eagles’ best while Liam Holtz Fitz played his part, working well with Manton in attack as well as displaying an improved work rate which allowed him to find more ball.

Manton wasn’t the only player to tally a season-high in front of goal with Dan Nielson booting six majors in a best on ground performance to lead Werribee and Districts to a comfortable victory over Point Cook for their third straight win. Nielson’s set shot goal kicking and marking again stood out.

The Round 11 matchup between St Mary’s and Geelong West saw four Werribee-listed players in action however only one of those finished on the winning side.  Max Augerinos’s St Mary’s came out on top in a thriller as the Saints defeated the Giants by five points at Athony Costa Oval. Augerinos stepped up late kicking a crucial goal to put St Mary’s ahead and would eventually finish with 26 possessions and five tackles.

For Geelong West, Emmanuel Ajang was again among the team’s main contributors. While Ajang wasn’t as prominent as recent weeks his tackle pressure was enormous laying nine for the match. Phillip Moi Moi showed more positive signs at half forward and with the occasional burst through the midfield. He finished with a goal and also had a late opportunity to put Geelong West in front but wasn’t able to convert.

Meanwhile, Lachie Taylor was one of the best early in the match gathering 16 disposals in the first half. Taylor slowed in the second half but his overall game was solid providing strong offensive run and good defensive support.

Darcy Chirgwin made a successful return from injury for St Mary’s in the reserves in a 90-pojnt win over Geelong West. Chirgwin kicked the first three goals of the match and despite only playing the opening 10 minutes of every quarter finished with five goals and as the best player on the ground.

In his second game back Aiden Domic helped Bell Park to a 33-point win over Lara and a place back in the top six. Domic was best-on for the Dragons gathering 28 possessions. He marked one of the opposition’s best players at stoppages but was the more damaging of the two with nine clearances

Logan Wagener suited up for Newcomb for the first time in more than a month. Unfortunately, it was a losing return with the Power falling to Modewarre by seven goals. Wagener had a solid outing linking up well with the midfield from defence and was clean with his disposal in tough conditions.

Darcy Bennett’s ruck dominance continued for Fitzroy, but the Roys were no match for Old Haileyburians going down by 44 points. Bennett was among best players once more after another big day in the ruck while impressing with his attack on the footy at ground level and crashing packs.

Seymour remained unbeaten in the Goulburn Valley FL with Ariek Lual performing well in their victory over Mansfield. Lual was strong defensively and opened the game up offensively a few times.

Tom Boyd helped Shepparton secure a thrilling win over Mooroopna after they trailed by eight points at the last change. Boyd tallied a number of intercept marks as well as providing good support to his fellow defenders.

New recruit Aidan Johnson was impacted by a pectoral muscle suffered in the first half of Lavington’s clash with Wangaratta Magpies. The key forward played three quarters before sitting out the last and finished with one goal while also spending some time at centre bounces in the ruck.

Werribee’s two players in the Ballarat Football League were both on the wrong side of hefty defeats with Ryan Pendlebury’s Melton South losing by 75 points and Matt Brett’s Darley going down by 88.

Brett was one of Darley’s best in the loss to East Point playing mainly in defence. The Devils were under pressure a lot of the day however Brett was strong in the air and with ball in hand.

Pendlebury played in all three areas on the ground against Ballarat. After starting down back before moving into the midfield and eventually forward where he looked dangerous at times.