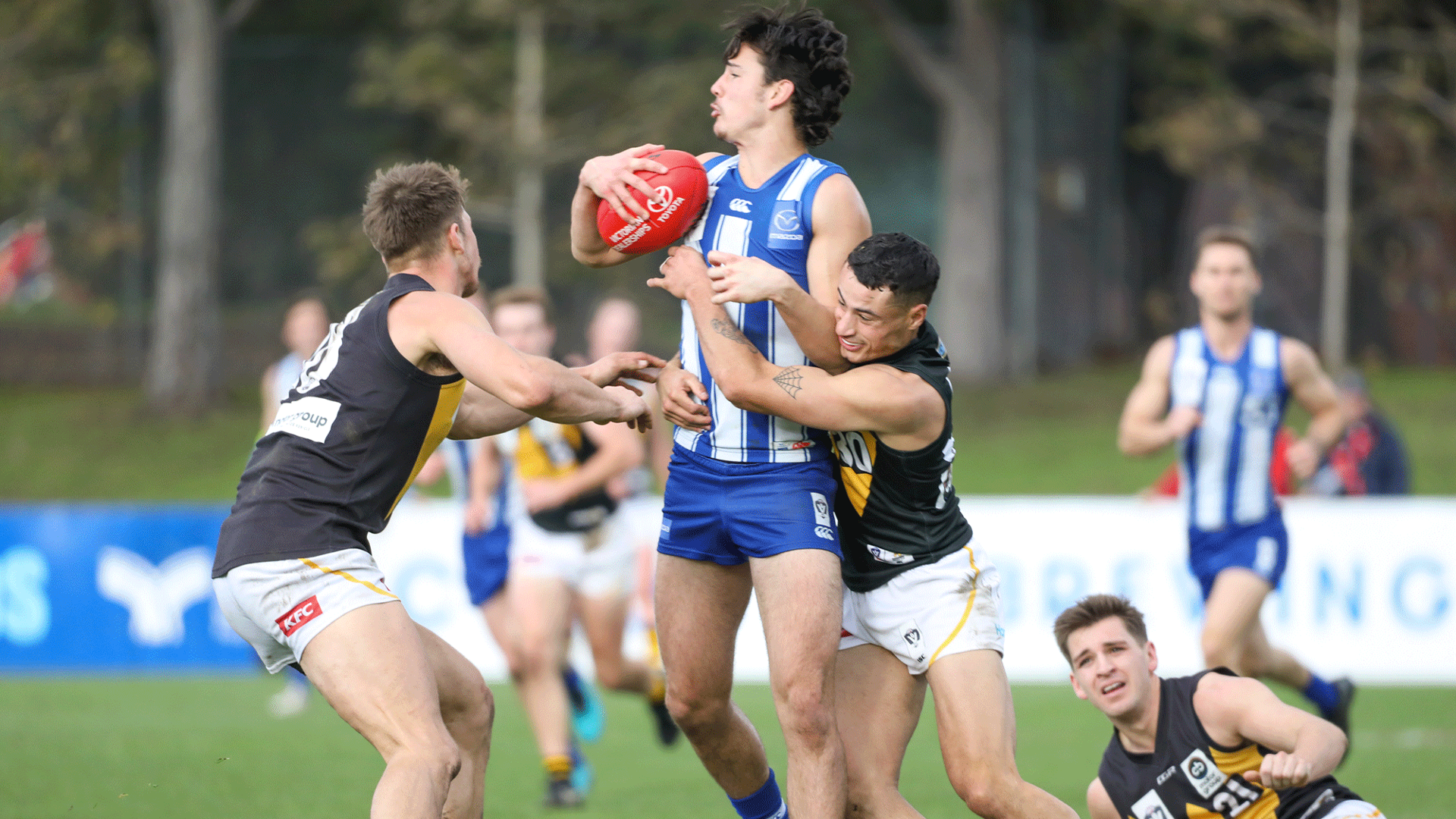 Werribee's four-game win streak came to an end at North Melbourne on Saturday. In a match with many momentum swings the Big W was forced to mount a final quarter comeback but came up short going down by five points.

HOW IT HAPPENED
North Melbourne got the jump kicking three goals in the opening nine minutes. Werribee’s first goal would come 11 minutes in with Hudson Garoni marking strongly and converting a set shot from 45m. A quick reply by the hosts restored their 19-point advantage but Werribee then started to gain some ascendancy and after two late misses Ryan Kemp delivered a second goal for the visitors on the brink of quarter time.  After a couple of Werribee misses to start the second term North goaled six minutes in before Harry Stubbings got Werribee’s first of the quarter. Connor Menadue gave North their sixth soon after, however, with Joe Maishman continuing his strong first half and Tom Gribble working his way into the match the Big W would turn the tide, adding four majors in the final 15 minutes to lead by eight points at the main break.

North began the third with a goal inside two minutes but a response was swift and came with relative ease via Wylie Buzza and Shaun Mannagh. With a 14-point lead and North reduced to 20 men, it looked like Werribee might run away with the match, however, North had other ideas and wrested back control of the contest leaving the Big W with no answers. The home team piled on six straight goals with Werribee’s only score during the onslaught a single behind.  With Werribee trailing by 20 points going into the last former player Josh Clayton extended North’s lead early but the ebbs and flows of the match continued with goals to Garoni, Nick Hayes and Mannagh getting the Big W right back in it with 10 minutes still to play. Werribee had all the play late but was unable to make the most of their chances.

Werribee finished the match well ahead in inside 50s (52-36) but skill errors and efficiency ultimately cost the side with Werribee’s overall disposal efficiency just 64 per cent compared to North’s 74 per cent. The tackle count was also in favour of North (81-68) despite the hosts finishing +56 in disposals. A positive from the day was debutant Connor Thar who showed he is more than capable of contributing at the level finishing with 11 disposals including a couple of keys passes that resulted in goals to Buzza and Jack Henderson.