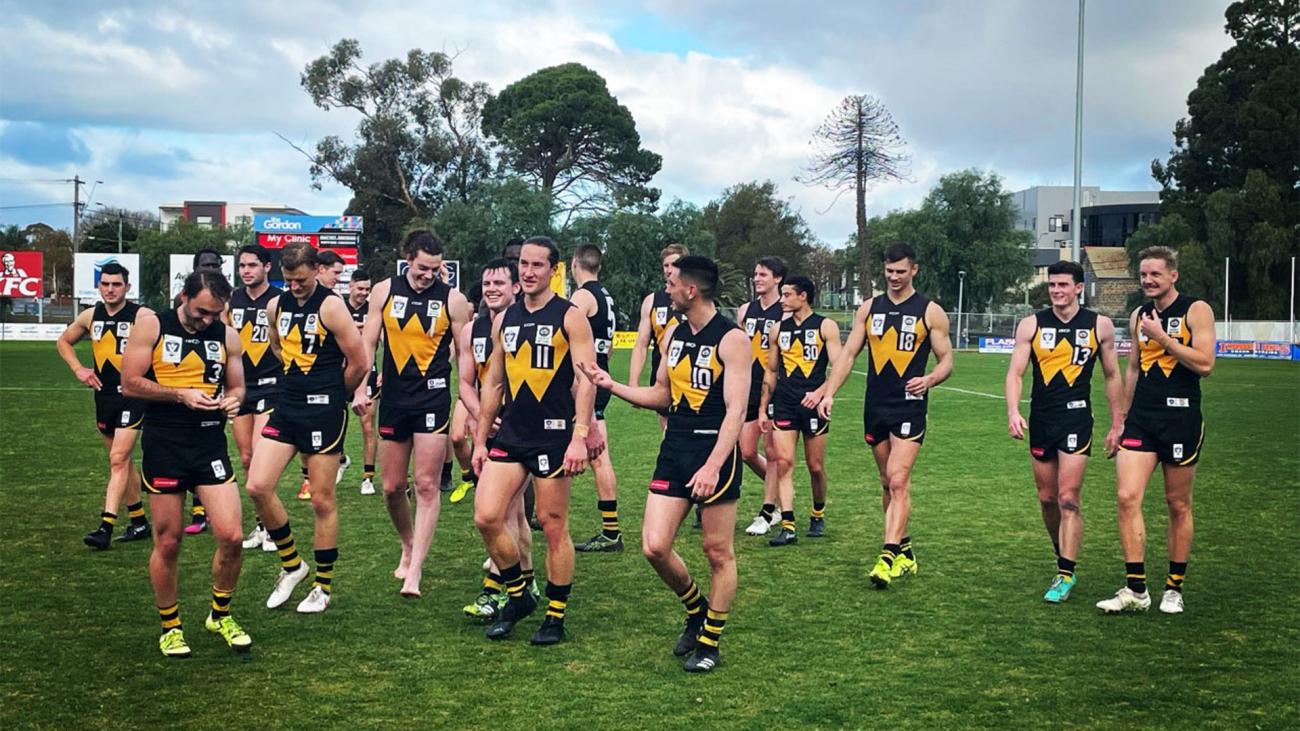 Werribee has continued on the from it showed pre-lockdown, registering a fourth straight win with a 48-point triumph over Greater Western Sydney in its first match following the three-week VFL shutdown in Melbourne.

HOW IT HAPPENED
It was almost the perfect start with Werribee opening the scoring just over a minute in when Wylie Buzza goaled from a free kick at the top of the 50. Werribee’s next goal didn’t come until the 18-minute mark via a left-footed snap from Matt Hanson which handed back the lead to the home team after GWS had registered back-to-back majors. However, the Big W’s second lead wouldn’t last long with the Giants adding two more in quick succession, one of those a second for former Werribee player Jake Riccardi. Buzza replied soon after with his second before Ryan Kemp and Nick Hayes failed to make the most of late chances.

Hayes made no mistake when the next opportunity presented, converting early in the second term and five minutes later Jack Henderson snapped truly after a superb tap from Buzza, from a boundary throw-in. While it was Buzza showing off his ruck craft on this occasion, Werribee would soon make the most of Matt Lobbe’s dominance in the centre of the ground. After Zach Sproule handed the Giants the lead again Werribee dominated the final 20 minutes of the half as Lobbe’s ruck work, combined with the efforts of Hanson and Joe Maishman in the midfield, saw Werribee nail five straight goals to go into halftime up by 31 points.

Just two goals were scored in the third quarter. Werribee struggled with its final kick going inside 50 early on in the third and when rain started to fall at Avalon Airport Oval, it made scoring tougher even with Tom Gribble and Michael Sodomaco continuing to drive the Big W forward. Werribee’s lone goal came with a minute remaining with Shaun Mannagh finding Bior Malual deep inside 50. From goal provider Mannagh would then deliver the spark the hosts needed to put the game beyond doubt. After Werribee were held scoreless for the first eight minutes of the last, Mannagh soccered through his second major and then moments later booted a third from a set shot. Ariek Lual added his first Werribee goal late in the match, while Lobbe capped off another strong display with a major of his own.