Around The Grounds: Ajang Seals Win 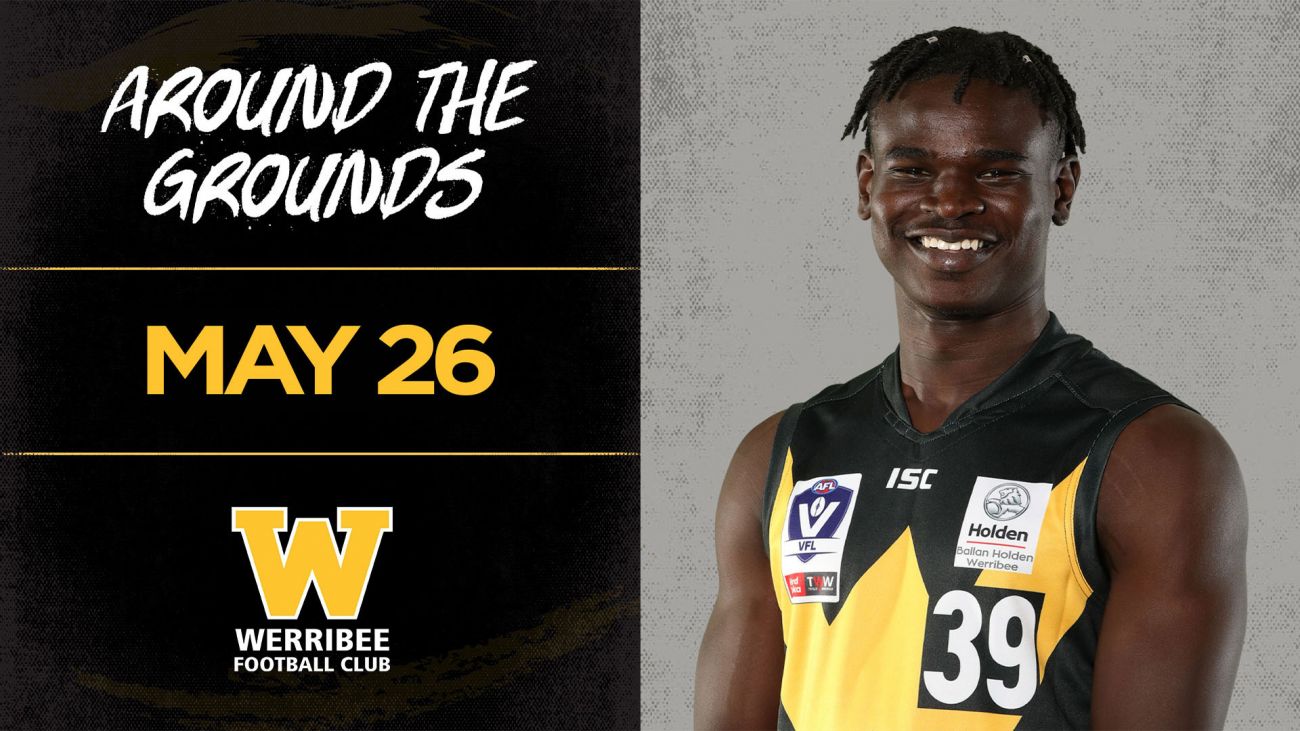 Sixteen Werribee-listed players turned out at club level last weekend with more than half among the best players for their clubs.

Four Werribee players helped Geelong West to a nail-bitting three-point win over Leopold in round six, with the victory moving the Giants to fifth on the ladder. Emmanuel Ajang was best-on-ground with 28 possessions and two goals including the match sealer. The 19-year-old was clean and effective with his disposal while providing excellent run and carry.

Phillip Moi Moi also featured in the best players for the Giants splitting his time between midfield and forward where he was lively and his pressure elite. Lachie Taylor was solid across the four quarters in the win while Tylar Watts produced some strong ruckwork throughout the match.

Max Augerinos and Jay Dahlhaus were involved in a draw for St Mary’s against Newtown & Chilwell on Sunday after the Saints took a two-goal advantage into the last quarter. Augerinos was busy gathering 28 touches and did some solid work around the stoppages while Dahlhaus had 20 possessions and brought some good forward pressure.

Luke Davis produced another strong performance for South Barwon being named second best in a 103-point victory over Lara. Davis set up the Swans from defence and was a part of nine score involvements.

Conor Thar and Dan Nielson both played starring roles (named 1st & 2nd best) as Werribee and Districts enjoyed their fifth win of the season with a nine-goal triumph over Sunshine.

Thar continued his red-hot form collecting 30 disposals and five tackles. He also kicked three goals and now has eight majors in the past four weeks. Nielson led the way with four goals and was a handful for the opposition defence presenting well and taking six marks inside 50. The 194cm utility’s second efforts and ability to absorb tackles were also a feature.

James Edmonds was best-on-ground as Yarraville Seddon suffered a heavy defeat at the hands of Spotswood. Edmonds worked tirelessly to be one of the leading possession getters on the ground.

Archi Manton was the most effective forward for the Eagles with three goals and 20 disposals while Liam Fitz Holt played in several different positions and contributed a goal in the 89-point loss.

Ryan Pendlebury was Melton South’s second best in a 67-point loss to Lake Wendouree. The 28-year-old found plenty of footy, was proactive at the stoppages and hit the scoreboard, kicking two of the Panthers' seven goals.

Matt Brett featured in the best players as his Darley side lost their fifth straight, going down to Sebastopol by 44 points. Brett provided some strong intercept marking and run and carry.

Edyn Sibbald’s St Bernards fell victim to top of the table St Kevins by 33-point in round seven. Sibbald was prominent in the air playing in multiple positions.

Darcy Bennett was a key contributor in Fitzroy’s thrilling come from behind, three-point win over St Bedes / Mentone Tigers in Premier B. The 202cm bigman’s ruckwork and follow-up efforts around the contest were influential in helping Roys record their second win of the season.