Back To Back Feels Good 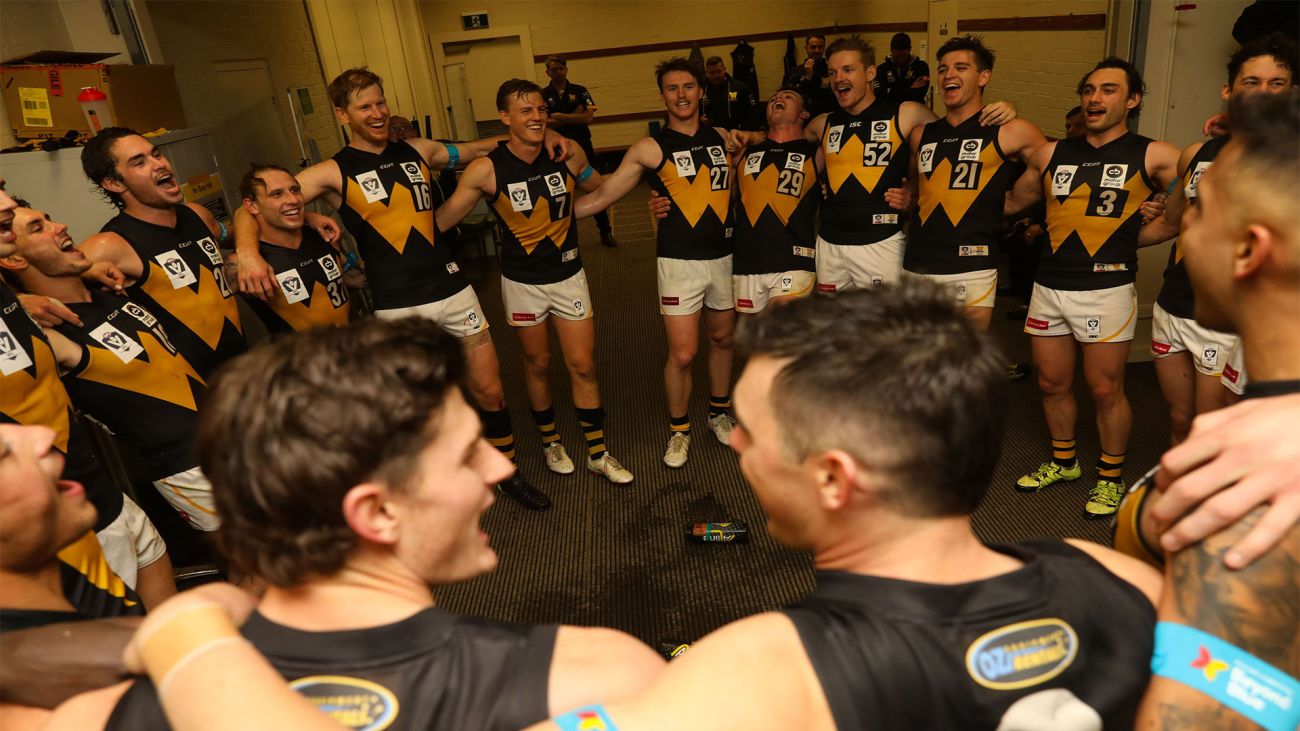 Werribee has claimed back-to-back wins by beating Box Hill by 37 points in its first away match of the season. The Big W led by as much as 44 points midway through the third quarter before calmly handling a tense last quarter to move to 2-2 on the year.

It was another strong start by Werribee with a five-goal opening term helping the Big W to a healthy quarter time lead. Hudson Garoni kicked the first major of the match and would eventually finish as the game’s leading goal kicker for the second straight week booting five. Garoni kicking two first quarter goals as did Wylie Buzza as Werribee opened up an 18-point lead at the first break.

Box Hill needed just three minutes to kick the first goal of the second term, but Werribee then dominated the next period of play, however they failed to make the most of their opportunities kicking ive straight behinds before Garoni finally converted the team’s first and his third. Shaun Mannagh goaled at the 27-minute mark to extend Werribee’s advantage to 24 points before the visitors missed two more chances going into halftime.

After a scoreless first six minutes of the third quarter Kye Declase sparked Werribee, converting a long bomb from inside the centre square and goals to Buzza and Garoni quickly followed, extending the Big W’s advantage to 44 points. But the visitors’ biggest lead of the game didn’t last long with Box Hill kicking three goals in the space of just five minutes, and when Tyler Brockman added a fourth late in the term Werribee’s advantage was back to 18 points.

Needing to regain the momentum, Werribee controlled the opening exchanges of the final term and captain Michael Sodamaco got the much needing goal after nine minutes. Dom Brew - playing his best match of the season - followed up with a second at the 15-minute mark and three minutes later Garoni added his fifth, putting the game to bed with a 36-pont lead with 10 minutes remaining.