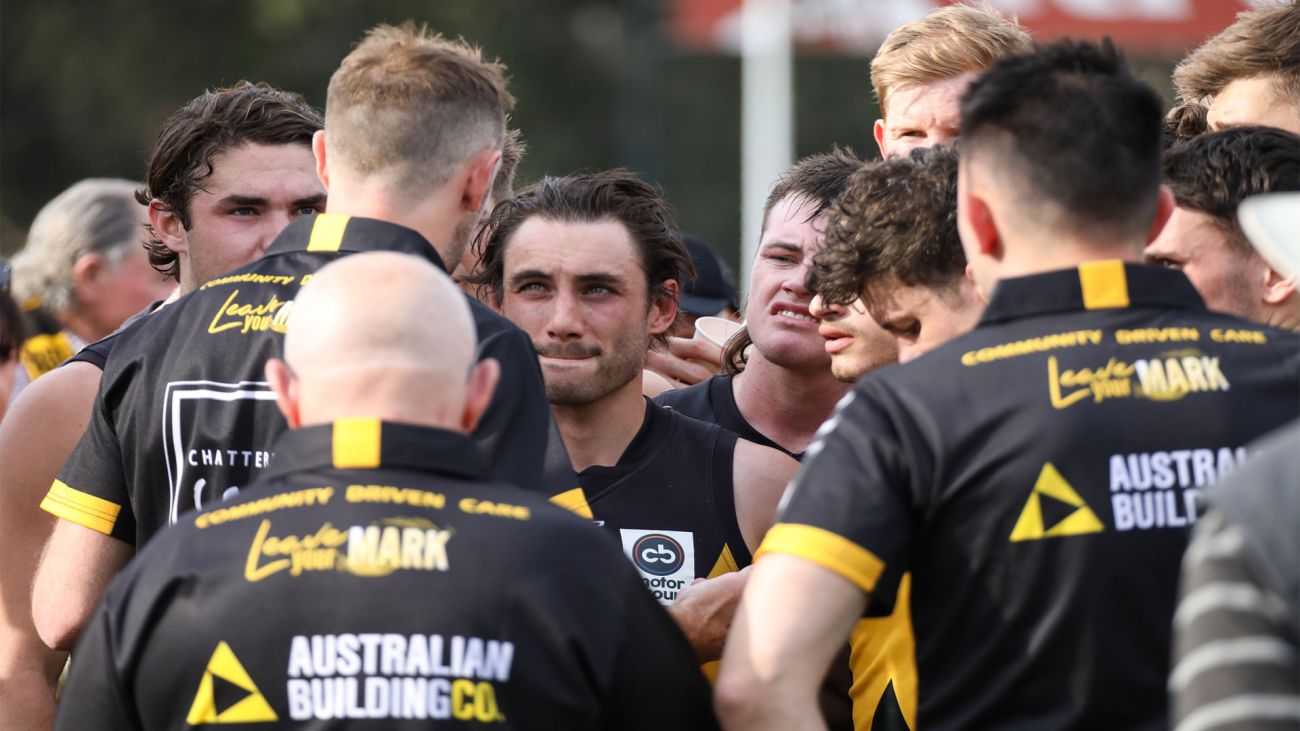 Werribee has registered its first four points of 2021, defeating Richmond in round 3 of the VFL season. After two narrow losses, the Big W celebrated captain Michael Sodamaco’s 100th game and coach Michael Barlow’s first win in style with a resounding 81-point triumph over the reigning premiers.

There was no repeat of the slow starts shown in Werribee’s first two outings of the season with the home team kicking five opening quarter goals. However, at one stage it looked like Werribee’s inefficiency in attack and the team’s inaccurate finishing might again haunt them. Shaun Mannagh kicked his first Werribee goal against his former side inside five minutes but the hosts then kicked five straight behinds. It wasn’t until captain Michael Sodamaco converted from close range that Werribee started to get some reward for effort. Sodamaco’s goal 20 minutes in was the spark Werribee needed and was followed by two from Kye Declase and then Hudson Garoni’s first to give the Big W a 34-point lead at the first break.

It looked like the momentum from late in the first quarter was going to roll on for Werribee early in the second term but after three early misses, Richmond dominated the next 15 minutes. The visitors cut the deficit to 20 points before Max Augerinos finally got the home team back on track at the 25-minute mark. Harry Stubbings added his first goal in Werribee colours soon after, but Richmond had the final say in the half with a late goal resulting in a 24-point difference at halftime.

Richmond continued to claw its way back when the second half began, reducing the deficit to 16 points five minutes into the third. But that was as close as they got, as Matt Hanson and Matt Lobbe lifted in the centre of the ground. Nick Hayes and Tom Gribble goaled two minutes apart before Hanson goaled midway through the term, to stretch the margin further. Werribee’s 46-point three quarter time advantage could have been more had they not finished the term by adding four behinds, from their final five scoring shots.

Werribee put the game beyond doubt early in the last with Wylie Buzza starting a precession of goals in the opening two minutes, with Mannagh and Garoni adding two more by the seven-minute mark. Garoni booted his third with 12 minutes to go and then kicked truly after the final siren to finish as the dominant forward on the ground with four goals. At the opposite end, Nathan Cooper was again outstanding winning all of his defensive duels while Gribble, Hanson, Mannagh and Joe Maishman all enjoyed big days in midfield. Captain and milestone man Sodamaco was also brilliant providing plenty of drive from defence.