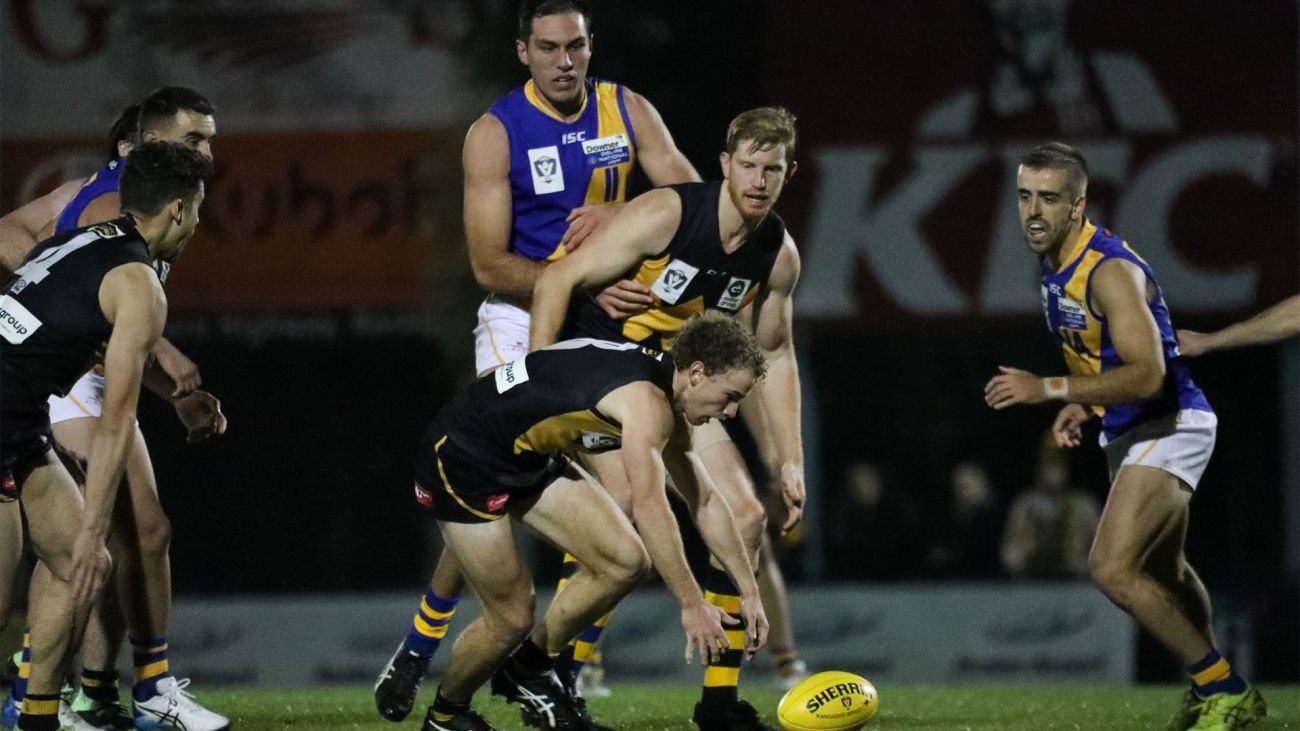 A slow start has cost us in round two against arch rival Williamstown.

Werribee has suffered a second straight loss to start the season, going down to Williamstown by 11 points in the John Pyne Cup. The Seagulls kicked six goals to one in the opening quarter, with Werribee unable to make up the difference under lights at Avalon Airport Oval.

For the second week Werribee conceded the first goal of the match but was again quick to reply through Nick Hayes six minutes in. The next 12 minutes were telling with Williamstown pilling on five  goals as the Seagulls dominated in the centre to take a 28-point lead into the quarter time break. The early part of the second term was played in Werribee’s half of the ground, however it was again Williamstown who added the first major. The visitors’ seventh goal of the match extended their lead to 33 points, before the Big W kicked three of the next four, via Hudson Garoni, Matt Hanson and Bior Malual, to remain in touch at the main break.

Just one goal was scored in 32 minutes of play in the third quarter. Matt Lobbe’s major came midway through the term as the hosts finally got some reward after dominating possession.  Trailing by 20 points, Werribee failed to take advantage of several chances early in the fourth, and the hosts soon found themselves four goals down. Tom Boyd hit back 10 minutes in, but Werribee was unable to make further inroads, with its next goal only coming when the game was gone, as Williamstown was happy to sit back and defend its lead. Despite the loss there were positives, including an excellent debut from Shaun Mannagh. Nathan Cooper was again strong in defence while Hudson Garoni produced an encouraging display up forward.

Werribee vs Richmond
Saturday May 1