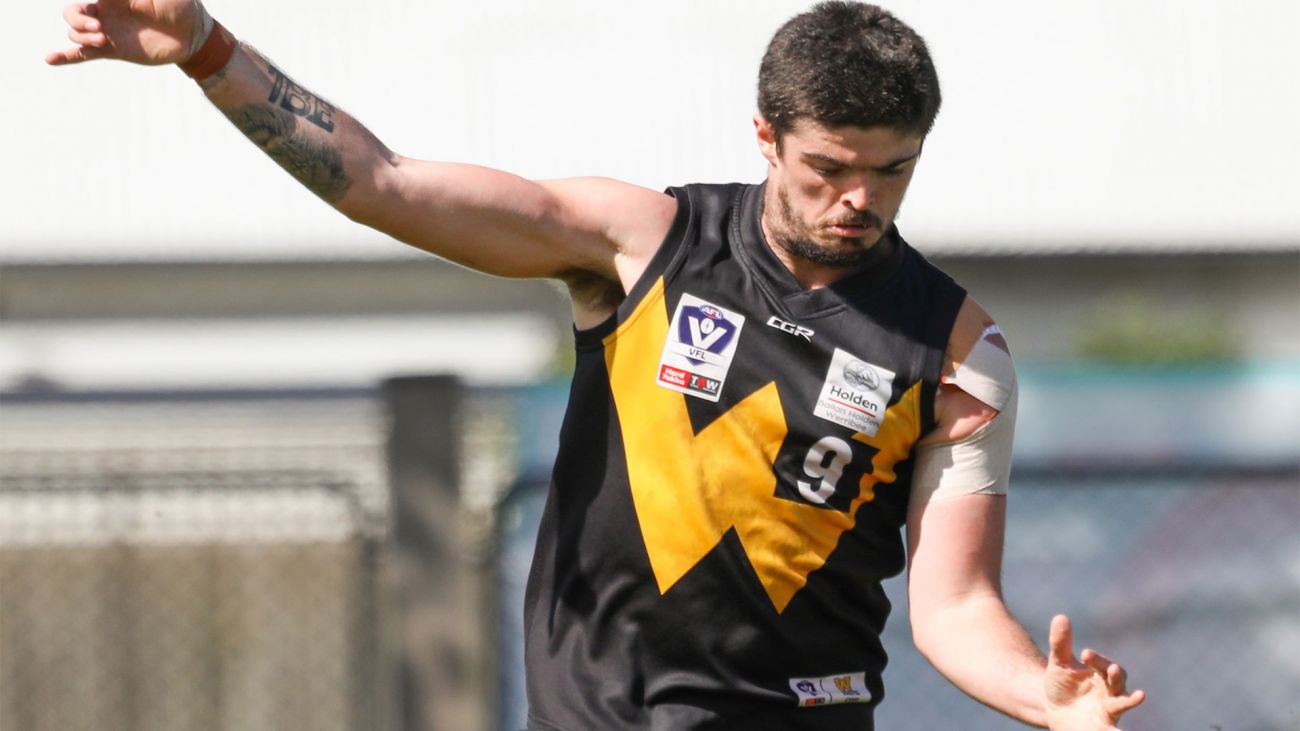 Ryan Pendlebury signs with Werribee for 2021

The Werribee Football Club is excited to announce the signing of former Bendigo, Collingwood reserves and Port Melbourne defender Ryan Pendlebury. 28 year old Pendlebury put pen to paper with the ‘Bees after spending the summer plying his trade for the Darwin Buffaloes in the NTFL.

Pendlebury has over 100 VFL games across eight seasons under his belt and was selected in the 2015 VFL Team of the Year. He is the younger brother of Collingwood legend Scott and has recently moved to the Werribee area. He will help lead the Werribee defensive unit alongside the likes of Michael Sodamaco, Nick Coughlan and Max Spencer.

Werribee Head Coach Michael Barlow said that crossing paths during the NTFL season, where Barlow was playing for Southern Districts, led to the signing of Pendlebury.

“Ryan had moved to Werribee and a chance encounter in Darwin between him and I led to a chat about what his footy aspirations for 2021 were,” said Barlow. “It made a lot of sense for us as we want to promote locals of the area to be attached to the club as well as our metro Melbourne and Geelong cohorts.”

The signing of Pendlebury is more than just an on-field investment for the club, with Barlow adding that Ryan is excited about giving back to the club and local community.

“Ryan’s a guy with coaching aspirations and also wants to be connected with our club's Community Engagement program. So we see it as a medium to long term arrangement rather than just an on field 2021 impact for Ryan.”

The addition of Pendlebury will strengthen a Werribee squad looking to better 2019’s fifth placed finish. That quest will begin at 2:30pm on Saturday April 17 at Avalon Airport Oval against Collingwood as part of Round One of the new look VFL competition.