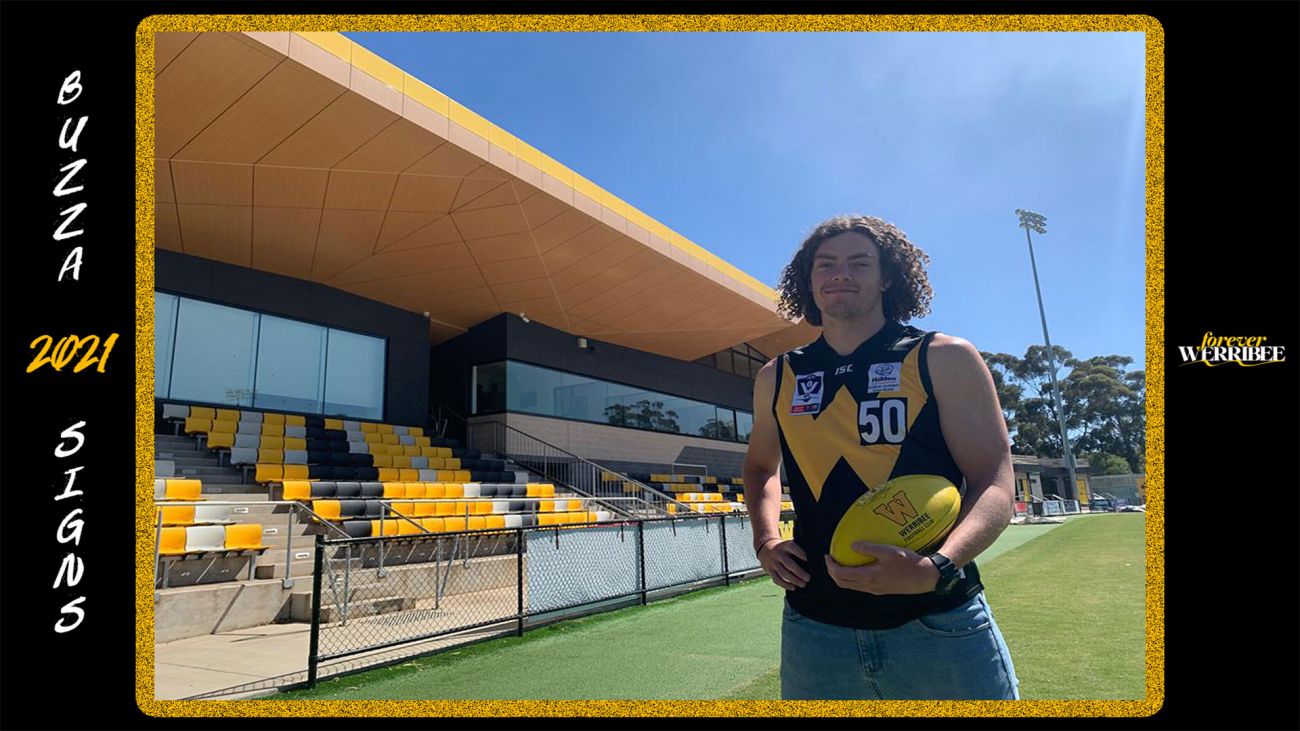 Werribee is pleased to welcome Wylie Buzza to Avalon Airport Oval for season 2021 after five years in the AFL system with Geelong and Port Adelaide.

“I'm very excited to be on board,” Buzza said.

“I look forward to getting to know the group and hopefully having a successful year together.”

Buzza revealed his reasons for joining Werribee and his early impressions of the club.

“Choco Williams was a big part in getting me interested in going to Werribee but then during the process I got to know others involved and I was extremely impressed with everyone at the footy club.

“I'm excited to help build on the foundations that have been put in place over the last couple of years.”

“We’re thrilled to get someone of Wylie’s caliber into our program and are very much looking forward to what he can deliver in the black and gold in the years to come.”

Originally from Queensland, Buzza played nine senior games for the Cats between 2016-2019 before spending a year at Alberton with the Power.

In 2019, the 24-year-old averaged almost two goals a game in the VFL, booting 32 to finish fourth overall in the competition, while also offering support in the ruck.

He arrives at Werribee with 53 games and 69 goals to his name at VFL level.