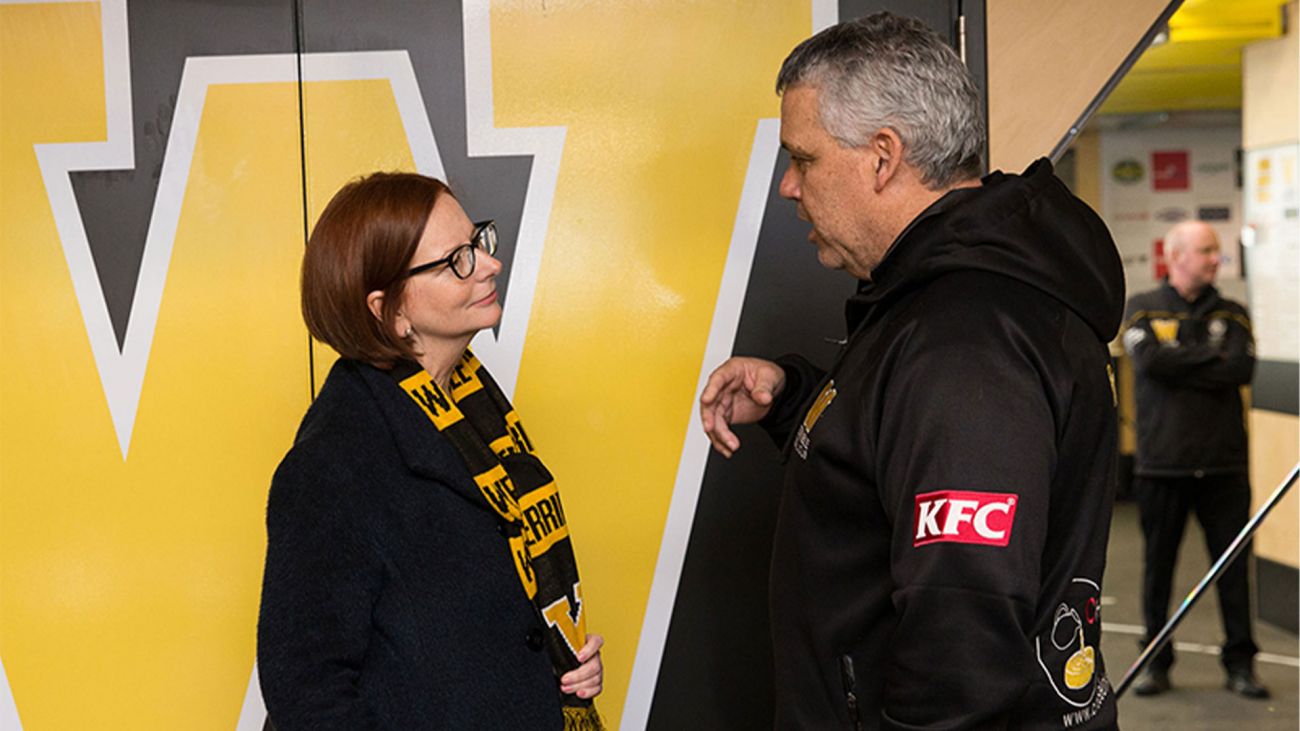 There were plenty of great storylines to come out of Werribee’s 25-point victory over reigning premiers Box Hill in last round’s Beyond Blue Cup clash at Avalon Airport Oval.

With two rounds remaining in the VFL season, the ‘Big W’ have locked in a finals spot for the first time as a standalone club since 1999.

Nick Coughlan and Kye Declase once again proved effective swingmen in the win over the Hawks earning VFL Team of the Week selection.

Milestone man Michael Barlow put on a midfield masterclass in his 50th match for Werribee, receiving a nomination for the round’s Player of the Week, as well as a Team of the Week jumper.

Mark ‘Choco’ Williams was a man in demand after coaching his side to a drought-breaking finals campaign in his first year in charge, and was featured in the Wyndham Star Weekly and on SEN 1116’s VFL Hour.

Ball magnet Tom Gribble stepped into the hot seat on The Gordon Player of the Week with Assistant Coach Jack Fitzpatrick, discussing all things from footy to dealing with type one diabetes.

All that and more on Media Street: Round 19.

THE GORDON PLAYER OF THE WEEK - TOM GRIBBLE