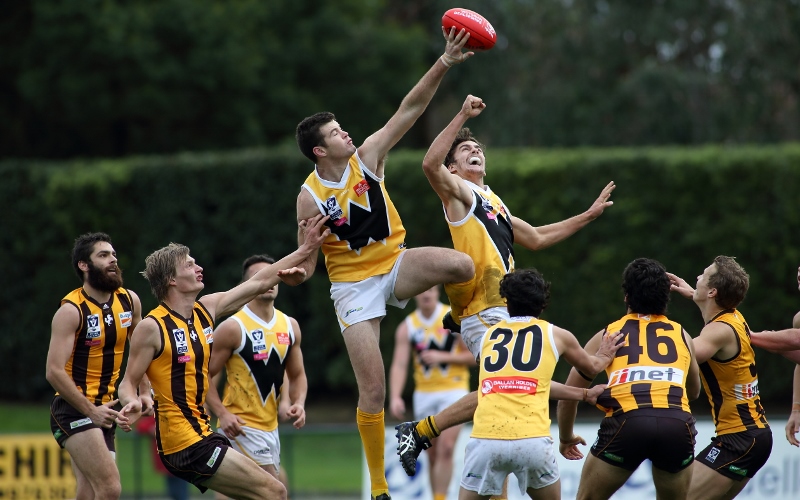 Great win by the Tigers - One out of the Box (Hill).

The heavens opened up as the ball was bounced at a rain soaked Box Hill City Oval for the clash between the Tigers and the Hawks. Box Hill opened the scoring with a goal to David Halle but Werribee fought back to hold the lead at the first change 3.1 to 1.5. It was not a pretty second quarter to watch, more a grind, with neither side managing to score a goal. Wet weather football is all about who makes the least amount of mistakes and capitalizes on every scoring opportunity. Werribee’s 4 goal third quarter set it up for a win but Box hill still had plenty to give. Werribee coach John Lamont knew it was going to be tight “Box Hill are a good team, got a lot of talent. It was stirring stuff to win that game away from home”.

In the end, a late Box Hill free kick gave the Hawks the opportunity to snatch a win, but the shot slid across the goal face and the Tigers took the points.

It was tense in the coaches box “Box Hill hit the front in the last quarter but credit to our blokes we fought back and got in front again. Good signs for us was the character and willingness of our players to hang in there after Box Hill hit the front, and score a goal to get back in front was really pleasing. They dug deep our blokes”.

Werribee now finds itself second on the ladder and facing top side Williamstown this Sunday at Avalon Airport Oval.

“We’re pleased to be 3 and 1 but there will be no talk of the ladder. I said to the players after the game this week is about winning a game at home. We have had two wonderful wins away from home. So now, it’s about arriving game day with the right attitude, and taking it into a game at our home ground in front of our members and supporters, and continuing our momentum. We know it will be tough but we are looking forward to it.”

The two teams will be competing for the John Pyne Cup in honour of John a former Werribee player, 3rd’s and reserves coach, Match committee Member, Club Secretary and Vice President. John was a Life Member and was inducted into the WFC Hall of fame last year. 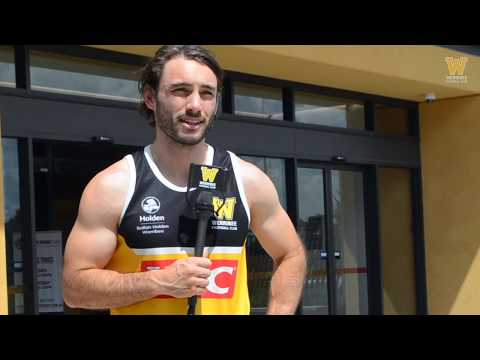